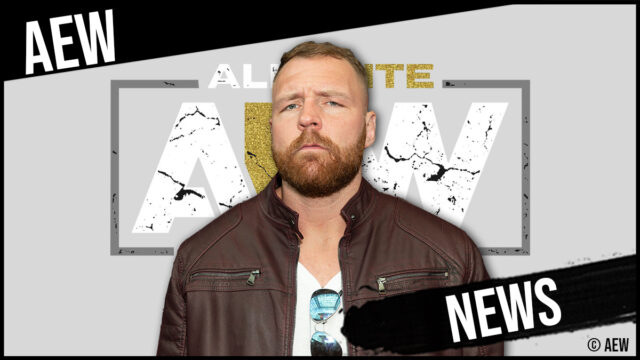 – After the increased number of injury reports in recent weeks, at least Jon Moxley has now received the all-clear. The new interim AEW World Champion did reveal that he may have suffered a concussion after Sunday’s AEW x NJPW: Forbidden Door PPV, but that was apparently just a lie. Moxley himself has since confirmed that he shouldn’t have put it that way, he just wanted to imply how physically demanding his match against Hiroshi Tanahashi was. The laceration he sustained during the match wasn’t planned either. So there was no “blade job” here, but the two wrestlers had accidentally bumped their heads. But Moxley is fine and has no concussion.

– Dax Harwood, meanwhile, announced that he sustained a shoulder injury at the PPV. But this shouldn’t be too difficult. It’s entirely possible that this is just a storyline violation. As is well known, the injury was very clearly a part of the match story of the 3-way tag team match between FTR, Roppongi Vince and United Empire.

– Kazuchika Okada addressed his fans on Twitter following his AEW debut. There he stated that the “Forbidden Door” was initially closed again, but that he would go through it again at some point. So you can probably hope for more Okada appearances at All Elite Wrestling.

Thank you Chicago.
Thank you AEW.
The door is closed.
But I’ll open the door again.
See you next time.

– 10 matches are announced for today’s edition of “AEW DARK”. Among others, ROH Pure Champion Wheeler Yuta defends his title in a Pure Rules Match against Tony Nese, The Dark Order (Evil Uno & Pres10 Vance) meets The Wingmen (JD Drake & Ryan Nemeth), and Matt Sydal takes on the former Impact -Star Jake Something on. The show will be first broadcast on YouTube from Tuesday to Wednesday at 1 a.m. German time. Below is the full line-up:

– The “Warner TV Wrestling DE” channel has made the current edition of “AEW Dynamite” available in full length on YouTube. So if you haven’t had a chance to see last week’s show yet, you can do so here for free:

Discuss these topics with many other wrestling fans in our forum! click!