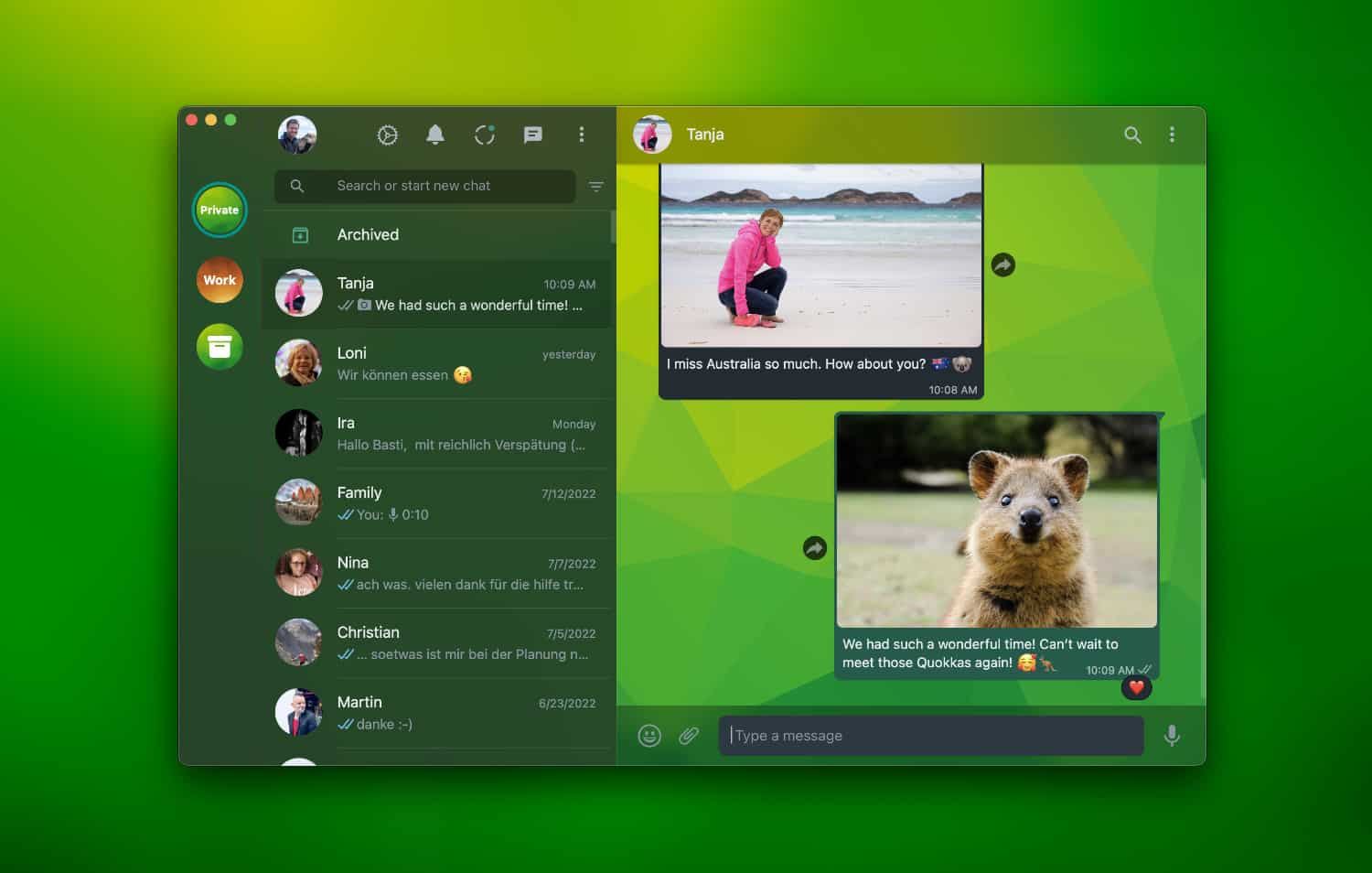 Anyone who still uses the WhatsApp messenger can also access an official web version of the service on desktop computers such as the Mac. However, this is not particularly extensively equipped and only has basic functions. Anyone who wants to get more out of WhatsApp on the Mac can now use the newly launched ChatMate Pro for WhatsApp (Mac App Store link), which has appeared in version 5.0 on the Mac App Store and includes some exciting features for fans of the meta messenger .

Developer Bastian Rösler has rewritten ChatMate Pro for WhatsApp from scratch and has also integrated some functions that are not found in other web clients for WhatsApp. Above all, this includes the option of connecting any number of WhatsApp accounts to the app in parallel, and also using an archive or export function.

While the use of multiple accounts makes sense for many who, for example, use one WhatsApp number privately and one for business, according to Bastian Rösler, the export function is “really unique”. In an email to us, he explains the history of this feature:

“In the seven years since I released the original App for WhatsApp, I’ve had constant reports from customers who either had their smartphone stolen or had a defect. Since they often did not have a cloud backup of their WhatsApp communication, they desperately asked me for advice on how to use App for WhatsApp to restore the conversations that were important to them. Since neither the App for WhatsApp or ChatMate for WhatsApp, nor the official WhatsApp desktop app permanently saves local chats, I was unfortunately unable to help the customer. Now, in developing ChatMate Pro for WhatsApp, I’ve tackled the problem and found a solution that I’m very proud of.”

Chat export can also be forwarded 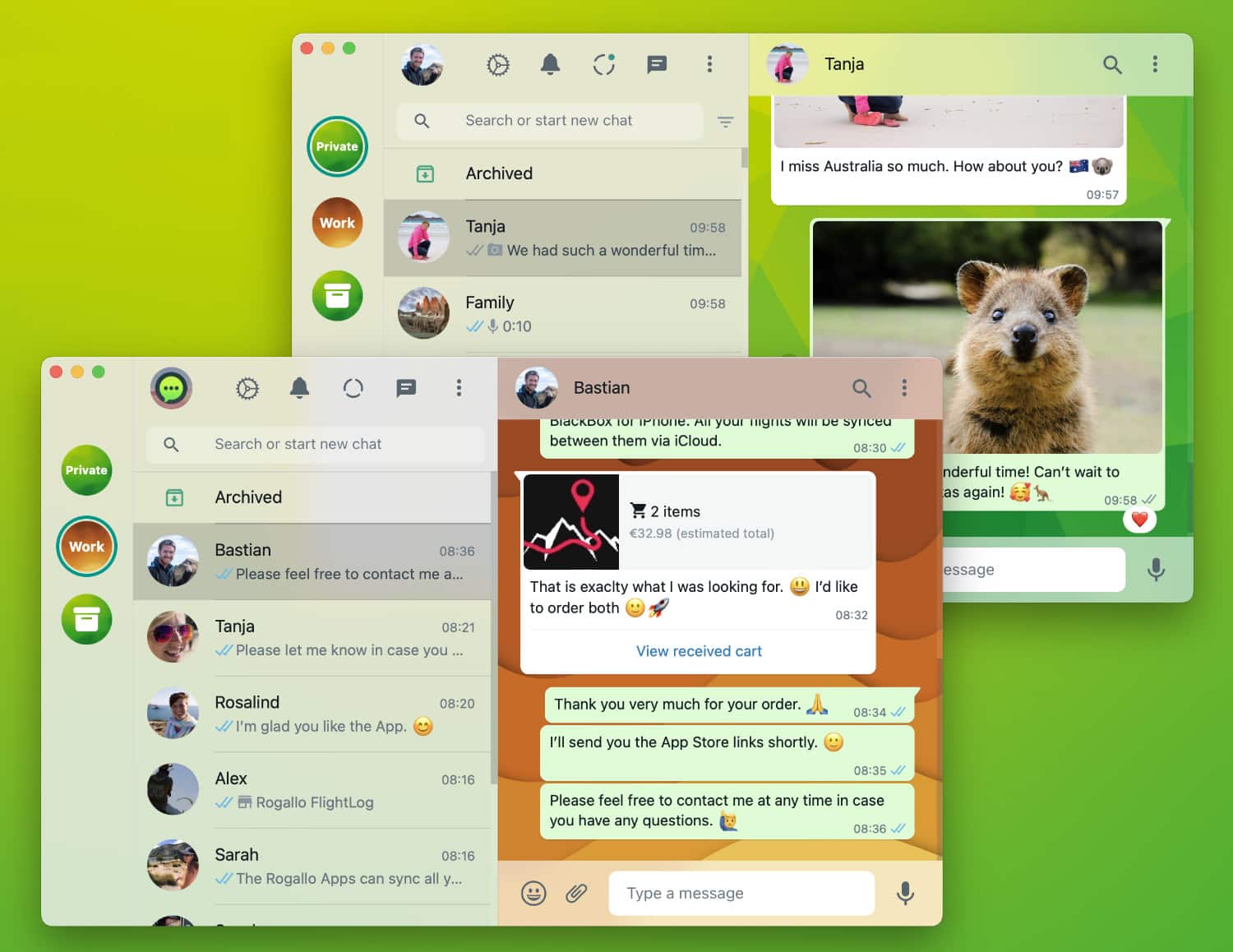 In the newly released version 5.0, it is now possible to select the passage of a chat that is particularly important to you – for example a business transaction or a sentimentally important exchange – and store it locally on the Mac. This can either be in the ChatMate Pro archive or even in a “.chatmate” file. In the archive, the messages can then be read completely independently of any cloud or smartphone – even including all media, such as images or videos.

The exciting thing about said “.chatmate” files is the fact that they can also be forwarded. This makes it possible for the first time to forward an entire WhatsApp conversation and not just individual messages. These files can also be imported into CRM software in the business environment and thus assigned to customers.

All features of ChatMate Pro for WhatsApp in version 5.0 can also be found on the press page of the developer’s website. The basic version of ChatMate Pro for WhatsApp can be downloaded and used free of charge from the Mac App Store; additional features require a subscription starting at EUR 0.99/month. The app can be tested free of charge for seven days in advance, and existing customers receive a trial subscription that has been extended by three months.