Headwind for Wolff after harsh criticism

Toto Wolff finds some of his colleagues “sneaky” and “pathetic” because they publicly speak out against intervention by the FIA ​​in the matter of porpoising. For these statements, the Mercedes team boss is now getting headwind from some experts.

“If a team is not able to build a car that the driver can drive without pain, then the FIA ​​is not responsible, but the team,” explains Christian Danner at ‘Sport1’, for example.

“You can tune a car like this and make it softer. Then the car is unfortunately slower, but at least you can drive it,” emphasizes Danner. Jacques Villeneuve, world champion from 1997, sees it very similarly.

In his column for ‘Formule1.nl’ he accuses Wolff of a “campaign” and writes: “In the past few years they have always done everything to keep their lead. Now they have built a bad car. That’s their problem, not that of the FIA.”

“Other teams have solved it too. Why should they be penalized with a possible rule change?” said Villeneuve.

And that brings us to the end of our ticker day for today. Tomorrow morning we will of course be back for you with a new issue. Until then I wish you a nice rest of Wednesday. Until then!

In his new column for ‘The Telegraph’, the Brit found clear words after P15 in Canada. “To be honest, Montreal was a little weekend from hell for us,” writes the McLaren driver there.

The good news for all fans: There is “no reason” why you shouldn’t be “much more competitive” at the home race in Silverstone. Because the performance changes from track to track this year.

“It’s true that we were less competitive in the last two races in Azerbaijan and Canada. But we know the reasons for that,” emphasizes Norris. The question is whether this can be corrected for Silverstone.

The colleagues from Starting Grid looked back on the race in Canada in their new podcast edition. In addition, it is also about the future of Sebastian Vettel, for example.

Here is the direct link to the podcast! It’s worth listening to. And I’m not just saying that because I was allowed to be a guest this time 😉

Or does Mercedes have a chance after all…?

At least Helmut Marko does not want to write off the Silver Arrows in Silverstone beforehand and warns in the ‘ORF’: “Mercedes was [am Sonntag in Kanada] insanely strong, it kind of went under.”

The W13 was “phased” even faster than Verstappen at the top. “And in Silverstone, I think this course can suit them better,” said Marko.

Nevertheless, it currently seems difficult to imagine that Mercedes can win on its own. You might need a little help…

By the way: Mercedes has now written off the 2022 world championship title!

Hamilton in front of a new negative record

The record champion will drive his 16th Formula 1 season in 2022. And hard to believe: in the past 15 years, Hamilton has always clinched its first win in the tenth race of the season at the latest! This was the case in 2009 and 2013 respectively.

That means: If Hamilton doesn’t win at Silverstone in two weeks, it would be his worst start to the season ever! And let’s be honest: His chances at the home race aren’t particularly good… 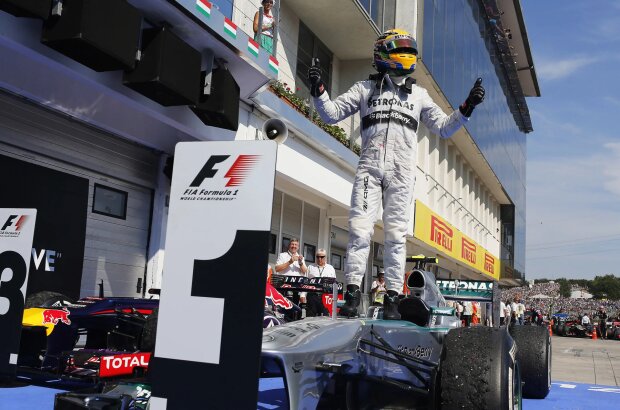 … By the way, Red Bull couldn’t win the British Grand Prix anymore. In 2012, Mark Webber triumphed for the Bulls for the last time. Nevertheless, Verstappen won for Red Bull at Silverstone in 2020.

How it works? Very simple: in 2020, two races were held there and Verstappen didn’t win the British GP but the race with the catchy name “F1 70th Anniversary Grand Prix”.

For me as a statistics fan, these double races in the Corona years are an absolute nightmare…

Horner: Verstappen in “the shape of his life”

The Dutchman has won five of the last six races. The world champion has never had such a strong series in his Formula 1 career. “Max drives in the form of his life,” praises team boss Christian Horner on ‘Sky’.

Before that, however, the Mexican had also stood on the podium three times in a row and even won the Monaco GP. “We had a good run last time,” said Horner with satisfaction.

Nevertheless, he warns against already putting a check on the World Cup. “We take one race after the other,” he emphasizes. But it’s “great that we’re traveling to Silverstone as leaders in both World Championship classifications.”

Zhou is slowly getting up to speed

With P8, the Chinese clinched the best result of his Formula 1 career so far in Canada. Apparently no coincidence, because before that in Baku he would have had at least a chance of a top 10 result if he hadn’t failed.

“I’ve made a step since Baku,” he says himself and explains: “Without the reliability problems we could have scored a lot more points. So I’m happy that we finally saw the checkered flag again.”

Find out what else he has to say about his current upswing here!

Photo gallery: Montreal: The driver’s grades of the editors

… James Hunt won his first of ten Formula 1 races! The then Hesketh driver won the 1975 Dutch Grand Prix ahead of the Ferrari duo Niki Lauda and Clay Regazzoni.

It was also the only Grand Prix victory for Lord Hesketh’s team, the following season Hunt switched to McLaren – and became world champion there… 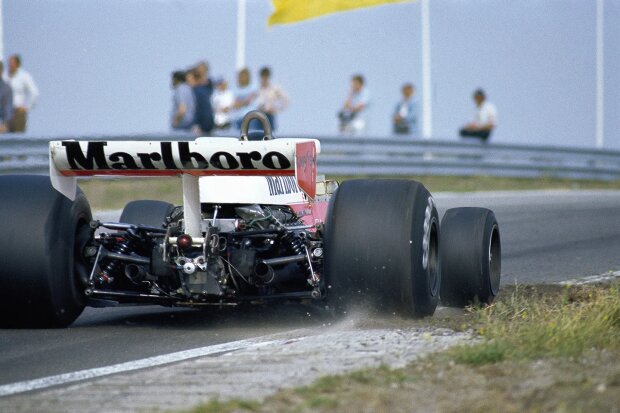 “In terms of performance, Charles Leclerc has eclipsed him in every single race this year,” said Rosberg, who believes the Spaniard needs a little more time to get used to the new car.

It was a “surprise” that Sainz had such big problems in 2022. Because in 2021 he was much closer to Leclerc. It therefore remains to be seen whether or when the Spaniard can close the gap again.

He had finished the previous season in P5 in the World Cup – and even two places ahead of Leclerc.

It’s no longer a secret that inflation, increased transport costs and the like have meant that many teams will not be able to meet the budget cap this year. Helmut Marko therefore firmly expects an increase.

“I think the first four teams, including McLaren, are all already above the cost cap,” he says on Sky, explaining that the transport costs have “in some cases increased by 80 percent”. “And then there was the Ukraine war.”

“There will definitely be an increase and we all hope that we are back in the green with this increase,” said Marko. However, not all teams currently agree to an increase. Nevertheless, Marko expects a correction.

“The next World Council is in Austria on the Friday of the race weekend. And I think that hopefully there will be clarification by then,” says Marko.

Spa is one of the most illustrious names in motorsport. How good that the Grand Prix can be enjoyed on site in a special atmosphere: With the two-day ticket from Motorsport Tickets, you can experience the spa from (almost) all perspectives, and that for only 90 euros per person.

And if you enter the code “SPA2022” at checkout, there’s even a 20 percent discount on the purchase price. But be careful: this promotion is only valid until the end of June 2022.

Here you go directly to the offer!

Okay, of course, the Masepin case doesn’t really fit into this photo series because Haas threw him out before the first race. Thematically very obvious at this point!

Photo gallery: 15 Formula 1 drivers who have been sacked during the current season

News from Nikita Masepin: After the Russian recently expressed his hope of returning to Formula 1 at some point, he has now declared that he will take his ex-employer Haas to court.

He told RBC Sport that the team still owes him money for the 2022 season. Incidentally, this has nothing to do with the sponsorship contract with Uralkali, which Haas also unilaterally terminated.

“They made two different decisions. I didn’t see my money, so now we’re going to court,” Masepin said. So the last word in this story has not yet been spoken…

Even long after his Formula 1 retirement, “Schumi” continues to receive awards. Now he will receive the State Prize of the State of North Rhine-Westphalia. “There are few people in Germany who have shaped an entire sport as much as Michael Schumacher has shaped racing,” says Prime Minister Hendrik Wüst.

Schumacher received the award “for his outstanding international sporting achievements as a world-class racing driver, in recognition of his exemplary social commitment and for his services to his home state of North Rhine-Westphalia,” said Wüst.

The awards ceremony will take place on July 20th. Mrs. Corinna and his children Gina and Mick accept the award.

Off to the water

Already on Monday we reported that Alfa Romeo’s Xevi Pujolar ended up in a river in Montreal after losing a bet. So did Angela Cullen!

Before the race, she had promised that she would jump in the water if Hamilton made it onto the podium. And that’s how it happened, as you know.

You can find out here who the woman at the side of the record world champion actually is!