How could Zhou’s roll bar break?

How did the roll bar break?

At the beginning we deal again with Guanyu Zhou’s accident and the question of why the roll bar didn’t hold up. Zhou had slid headfirst across the tarmac and was lucky the halo was there because the actual protection over it was gone. The FIA ​​has to look at that.

Alfa Romeo is opting for a variant this year that has advantages over the conventional variant in terms of aerodynamics and weight. But it has also been used by other teams over the years.

The bracket has to withstand forces of 60 kilonewtons laterally, 70 kilonewtons longitudinally and 105 kilonewtons vertically and had previously passed all FIA tests. Zhou’s problem was that there were multiple forces acting on the bar: first a strong vertical one at impact, and then a sustained longitudinal one while sliding down the track.

At least for the beginning, the bracket seems to have served its purpose. 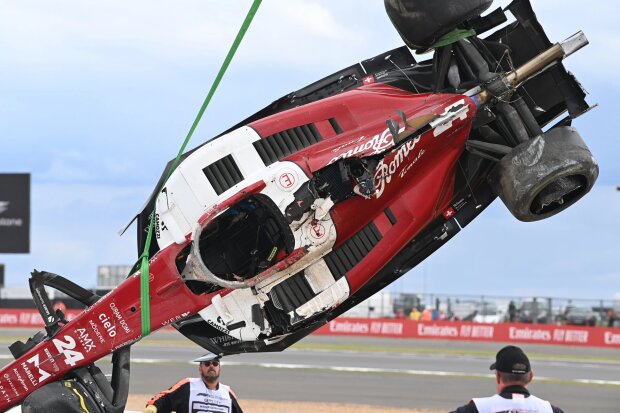 Mercedes was suddenly a candidate for victory again at Silverstone – for the second time after Barcelona. Red Bull team boss Christian Horner had already expected in advance that Silverstone would suit the Silver Arrows: “I think that they can always play to their strengths on this type of track,” he says.

Horner doesn’t have Mercedes on the list as much for Austria, but afterwards: “I think France in particular will be good for them again. But they’re probably glad we’re not in Singapore next week.”

Pierre Gasly had to retire after colliding with teammate Yuki Tsunoda – but only much later when he was shown the Spigelei flag. Was Aston Martin to blame? The colleagues from ‘The Race’ noticed that.

Lance Stroll’s onboard recordings show that the right light on Gasly’s rear wing no longer worked – a violation of Article 14.3.1 of the Technical Regulations. “We reported the wing to Gasly’s car,” Stroll’s race engineer shared with the Canadian.

Gasly was brought into the pits and had to park the car: “We must not continue,” his race engineer told him.

That was about 15 laps after the Tsunoda incident. This suggests that it was only the Aston Martin report that led to the removal of the car.

Sainz: Mentally one of the toughest races

Race winner Carlos Sainz says Silverstone was “one of the toughest” GPs mentally for him. “There was so much going on on the radio. I had to try to get the distance to Charles [Leclerc] and Lewis [Hamilton] to hold, and in the beginning there was with Max [Verstappen] a lot of fights.”

“I wasn’t entirely happy with the car. I was struggling with understeer in the high-speed corners,” he continues. Added to this was graining on the left front tire, which took some of his pace away.

“But I kept my cool, kept believing in it and always stayed within reach. And when the opportunity suddenly came, I grabbed it and it happened.”

Perez as driver of the day

In case you haven’t seen it yet, the Silverstone race grades are in. We as the editors, expert Marc Surer and your readers have decided that Sergio Perez is driver of the day – and that Nicholas Latifi finally has his first point.

Here is the complete overview.

The inspectors in Austria threw around quite a bit of penalty points last year. A proud 18 points could now be deleted from the register of sins at the beginning of the week: four at Sergio Perez, three each at Nicholas Latifi and Nikita Masepin and two each at Lando Norris, Yuki Tsunoda, Antonio Giovinazzi and Kimi Räikkönen.

However, Tsunoda got two more for his collision with Pierre Gasly on Sunday – so a zero-sum game for him.

See the overview of the penalty points here! 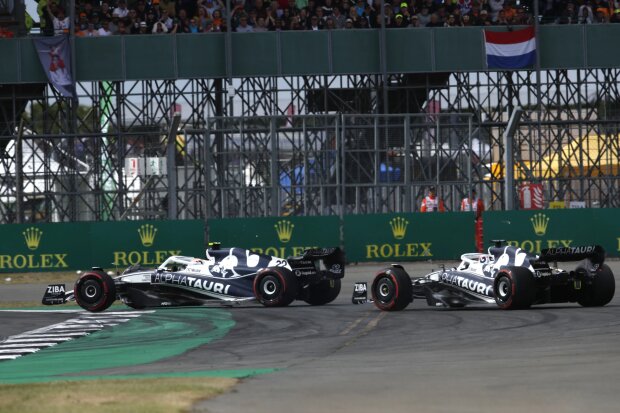 There’s the corpus delicti! Max Verstappen shows the part that caused him to lose performance at Silverstone. The Red Bull driver, while in the lead, drove over a piece of debris from an AlphaTauri that got caught in its underbody.

Here is the story.

The 20 most recent rollovers

Guanyu Zhou’s rollover was the first in 1.5 years. At the Bahrain 2020 race – the same as Romain Grosjean’s fire accident – Lance Stroll rolled over after contact with Daniil Kvyat. In our photo series we show you the last 20 rollovers in Formula 1.

This is how Formula 1 reacts

The starting crash at Silverstone and Guanyu Zhou’s serious accident are the big issues after the 2022 British Grand Prix. Max Verstappen, for example, speaks of “luck” that Zhou escaped uninjured. In this video, Stefan Ehlen explains how he and other Formula 1 drivers assess the accident and what consequences could follow.

In it you will also find out why the F1 photo direction did not show all the accident footage immediately, although it was clear early on that Zhou had survived the crash well.

Start crash Silverstone: This is how Formula 1 reacts!

Guanyu Zhou’s serious accident at the start of the 2022 Formula 1 race in Silverstone: How the drivers react and what needs to happen now. More Formula 1 videos

After Silverstone is before Spielberg

Goodbye! We still haven’t digested the race at Silverstone, so it’s going on in quick succession because the next race in Spielberg is already in sight. But in July, with four races, we’ll hardly be able to catch our breath anyway, and neither will you!

We are therefore once again quickly taking care of the most important topics of the day. And that does today Norman Fisher, who welcomes you warmly in the ticker. Do you have any questions or comments? Then use the (contact form) or the hashtag #FragMST on Twitter.