We’re going to Pandora! The new LEGO Avatar themed world takes us into the world of the Na’vi for the first time in 2022 with five sets. After the tree of souls was already unveiled at LEGO CON, there are now also the official pictures for all other new products, so that we can present the whole topic to you. In addition to four sets of blue Na’vi minifigures, a new BrickHeadz set is also coming!

LEGO presented the missing sets today at the San Diego Comic Con and at the same time released the high-resolution images in the LEGO online shop. We have all the information about the new products for you here.

Avatar is an all new license at LEGO, am October 1 appears the first wave with 5 sets in total. As this year’s Avatar: The Way of Water continues the story in a new blockbuster, these sets are rotating initially only about the first “Avatar: Pandora’s Adventure” film from 2009 and recreate some of the most famous scenes from the film. In addition to four sets in minifigure scale, there is also a BrickHeadz set among them.

The new BrickHeadz double pack consists of 246 parts and features Jake Sully, the protagonist from the first Avatar film, in human form in a yellow wheelchair, and his Na’vi avatar. The set will be available from October for 19.99 euros The retail and figures from the BrickHeadz line are numbered 180 and 181 respectively. Notably, this makes Jake the first person in a wheelchair to be implemented as a BrickHeadz. The Na’vi is also slightly larger than regular figures in the series. 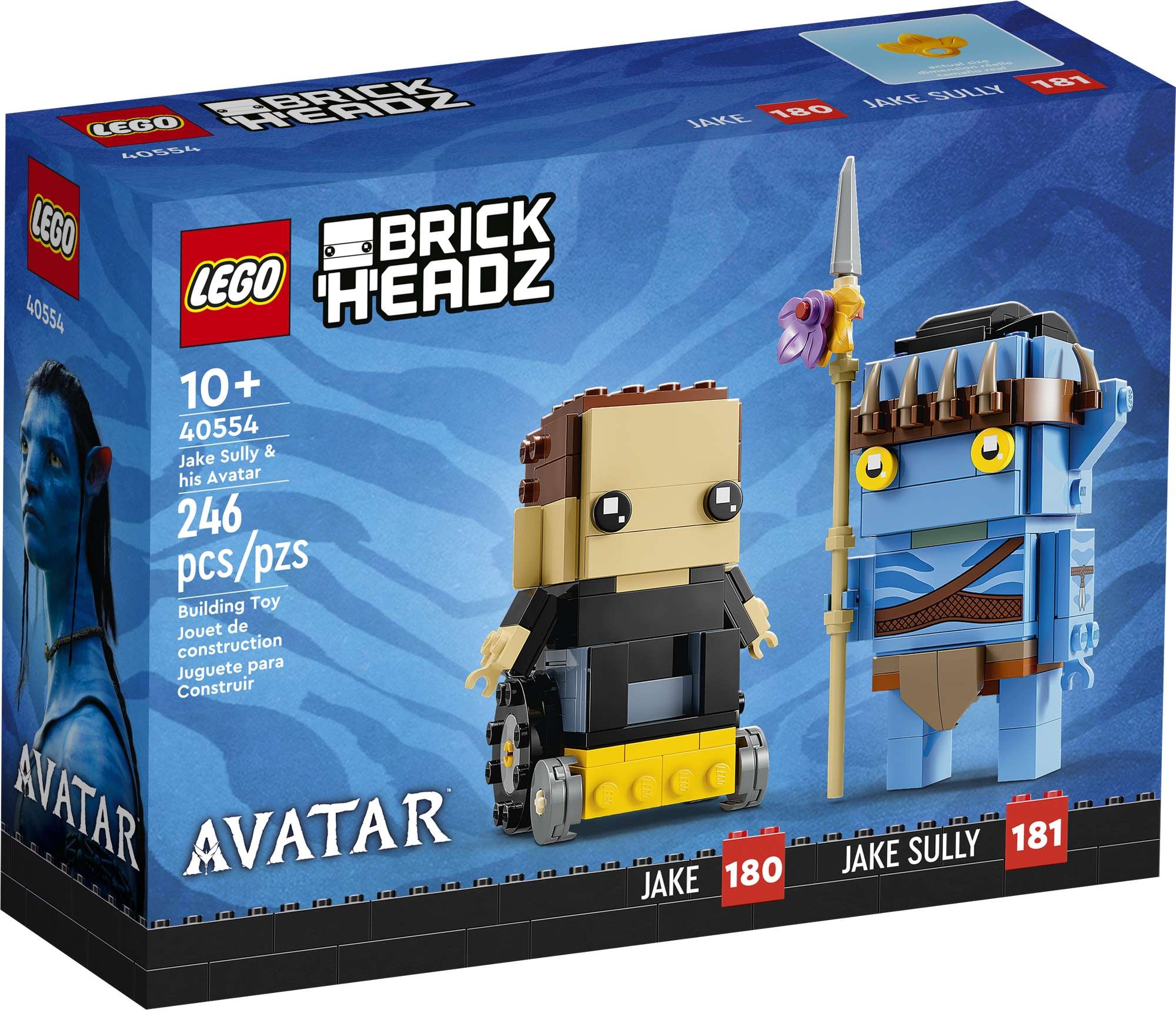 LEGO 75571 Neytiri and Thanator vs Quaritch at MPA

The first minifigure scale Avatar playset is the fight between Neytiri and Colonel Miles Quaritch. For 44.99 euros you get 560 parts and 2 minifigures, where you can clearly see the size difference between humans and Na’vi. Neytiri rides the six-legged Pandora beast, Thanator, and must face off against Quaritch, seated in his sand-green MPA. Also included is a piece of scenery with colorful plants that also allow for the thanator to be shown in a leap. 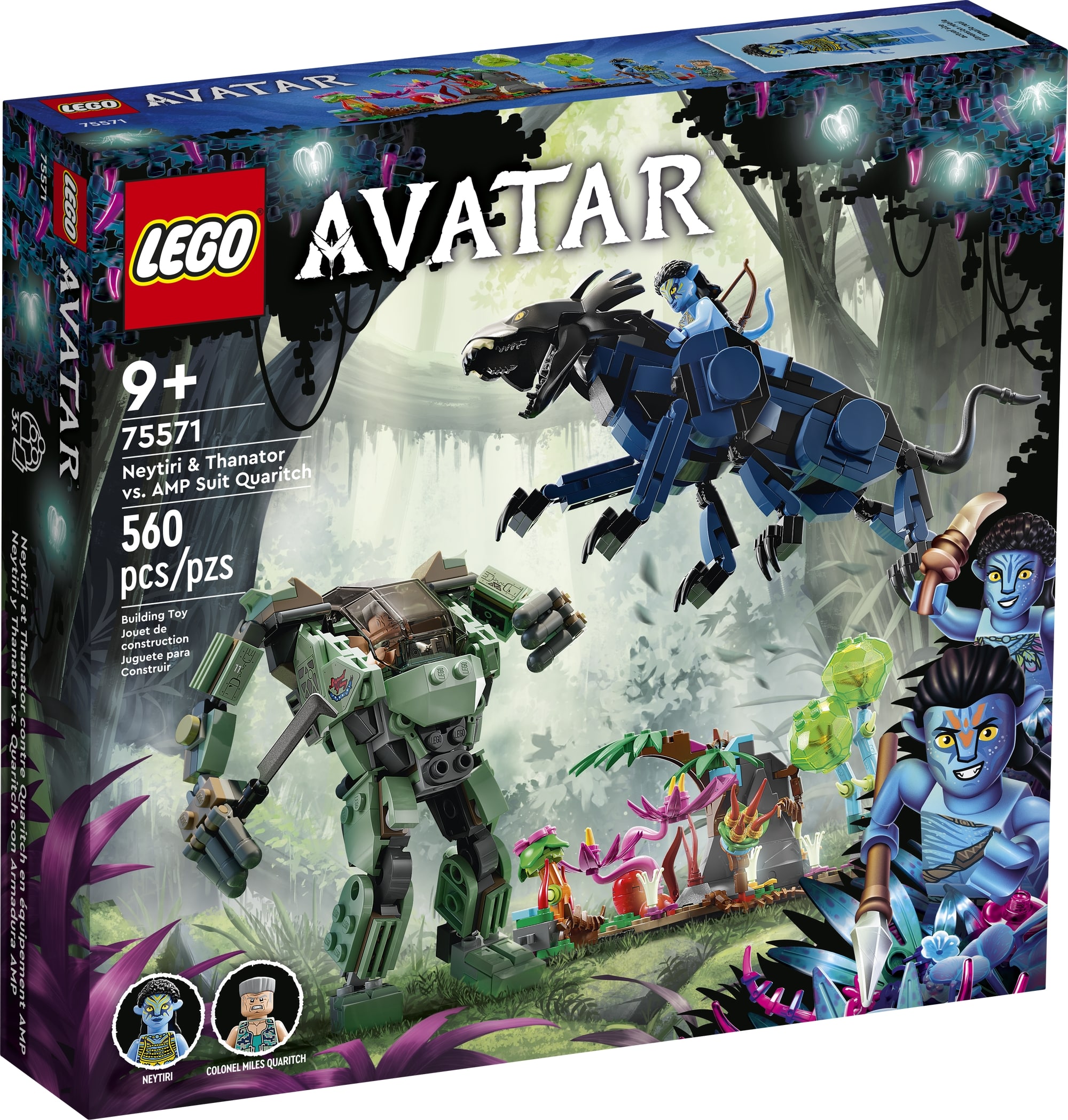 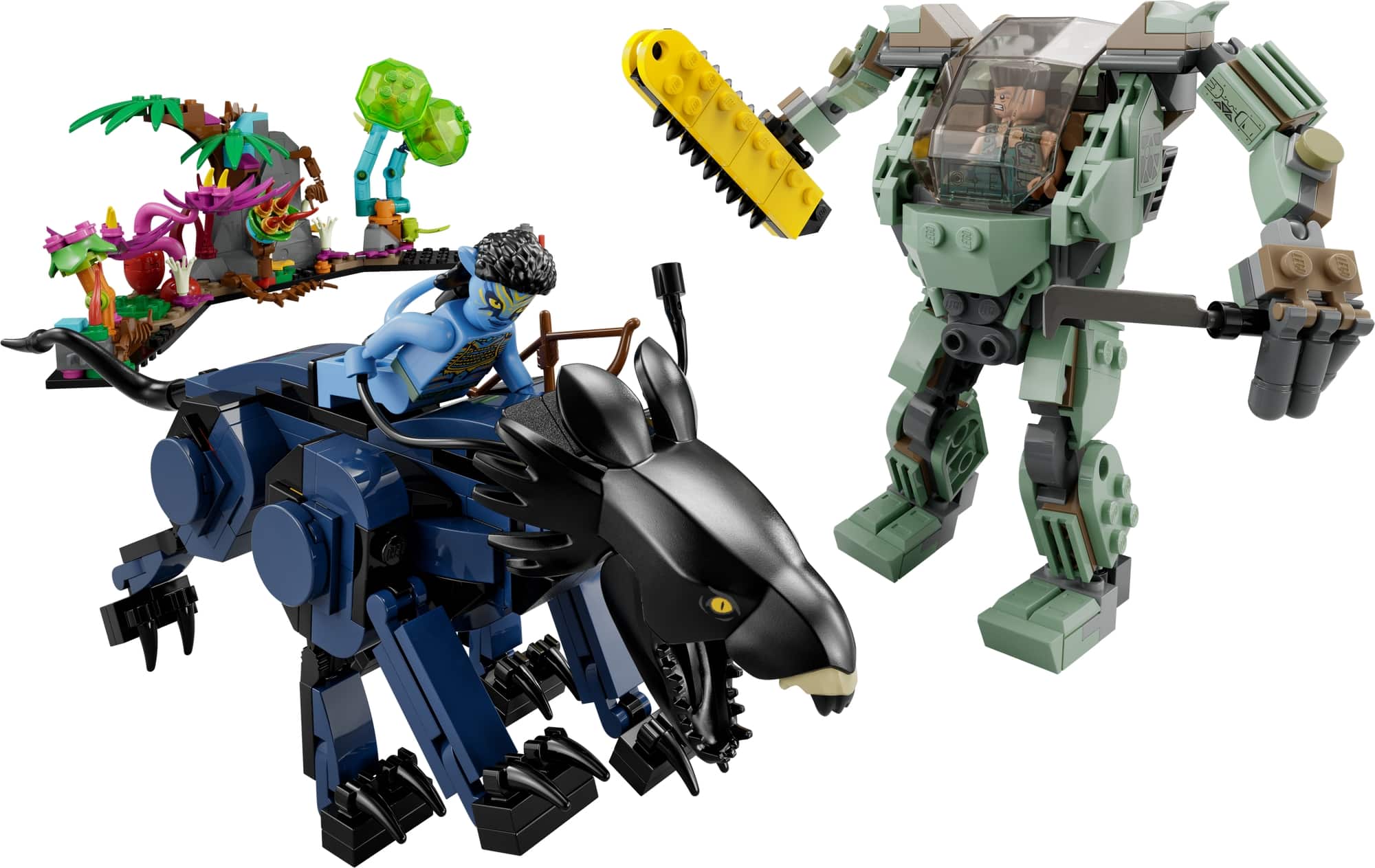 LEGO 75572 Jake and Neytiri’s First Flight on a Banshee

Jake and Neytiri take to the skies with the second avatar set for 54.99 euros. Out of 572 parts Two Banshee are built, Pandora’s dragon-like flying creatures. As with all creatures, the Na’vi can learn about the tape connect to the mounts. 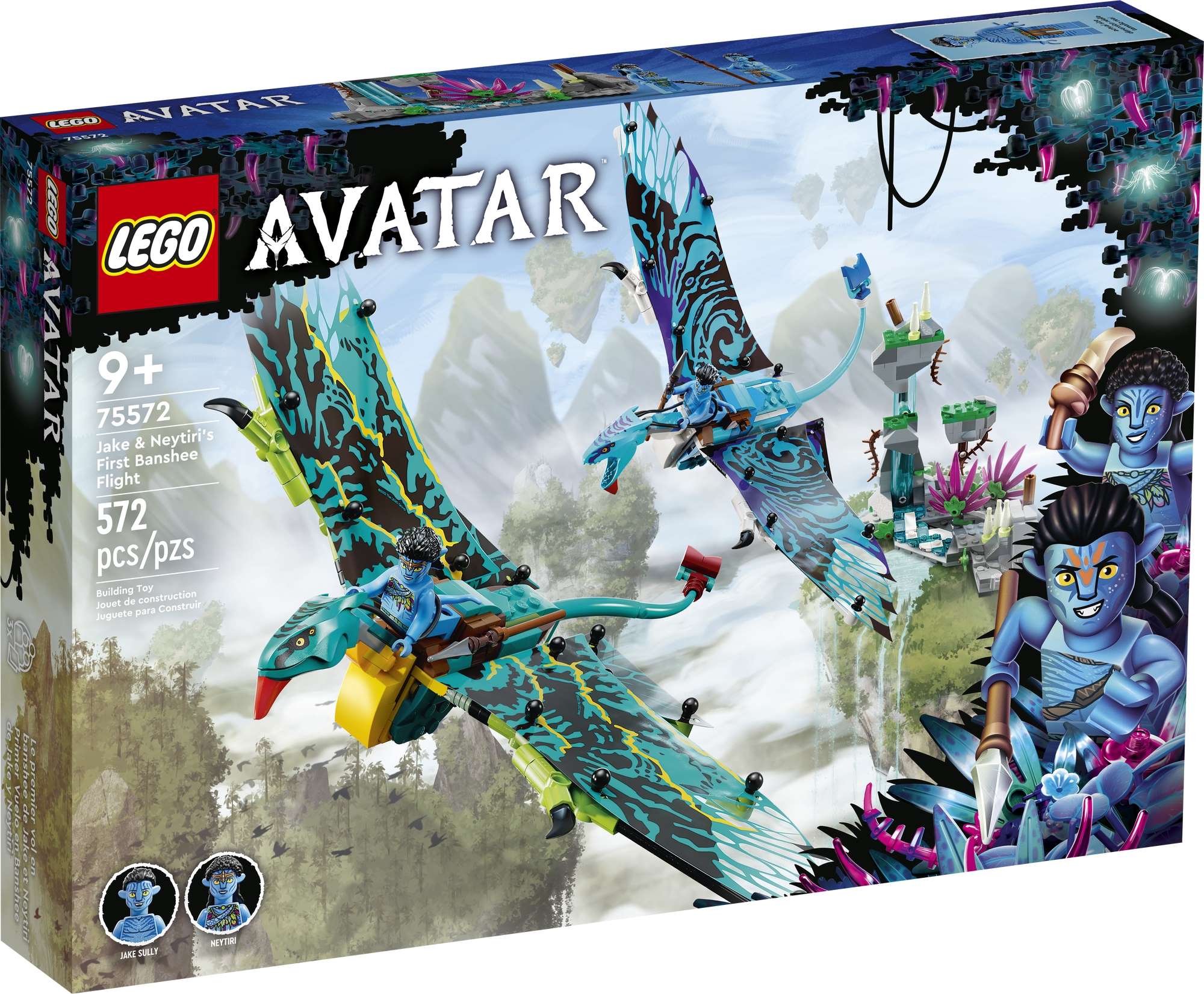 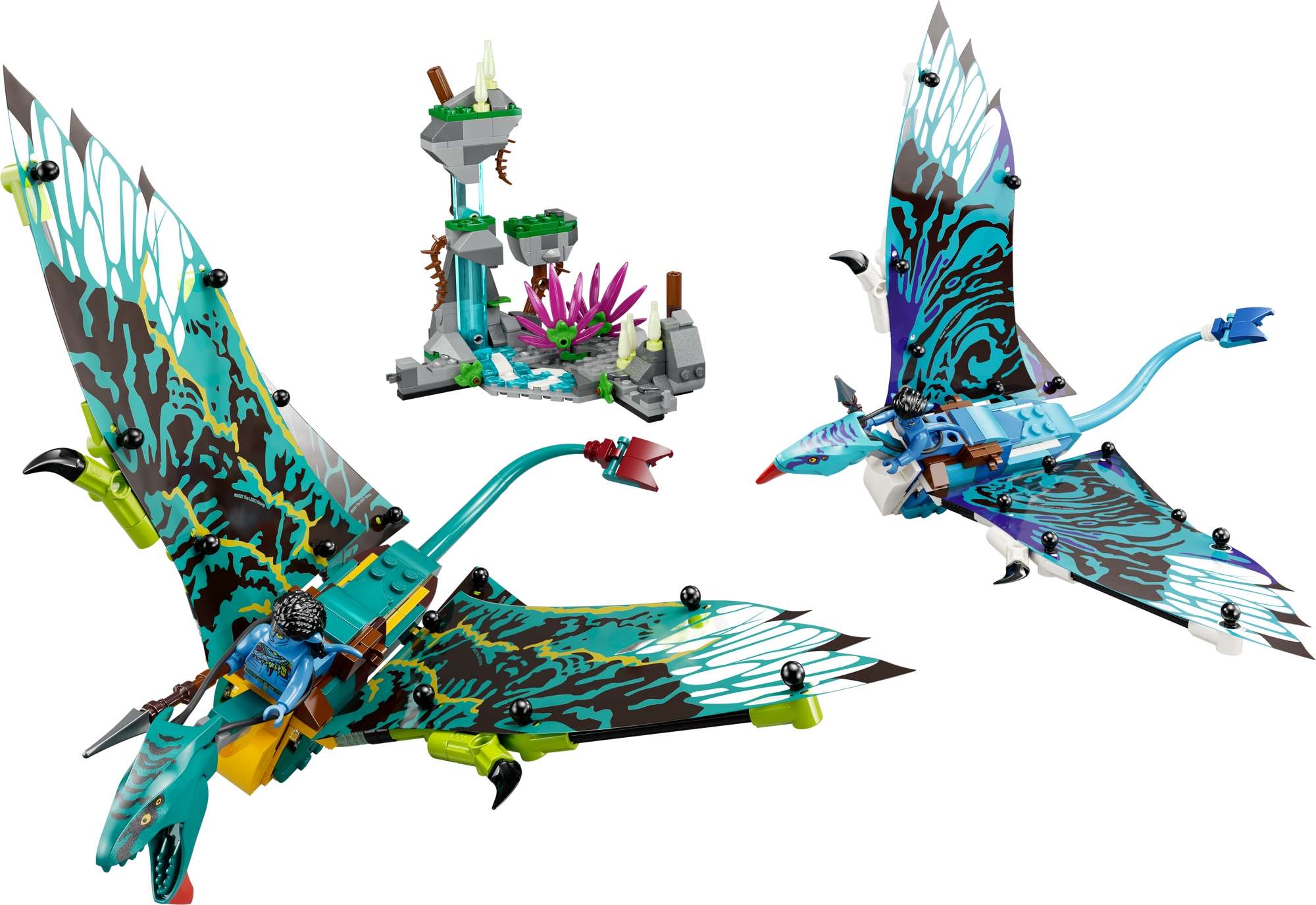 During the course of the film, the tandem helicopter takes the research station to the floating mountains. The set consists of 887 parts and will according to the LEGO online shop 89.99 euros costs. This is surprising in that we assumed an RRP of €99.99 when LEGO prices went up in September. The set comes with 5 minifigures by Jake, his avatar, Dr. Grace Augustine, the pilot Tudy Chacon and Norm Spellman as Na’vi. The human minifigures each come with reversible faces, with and without an oxygen mask. There is also one of the six-legged Pandora horses and Jake has his yellow wheelchair. This will be implemented with a new shape – compared to the previously released LEGO wheelchairs. 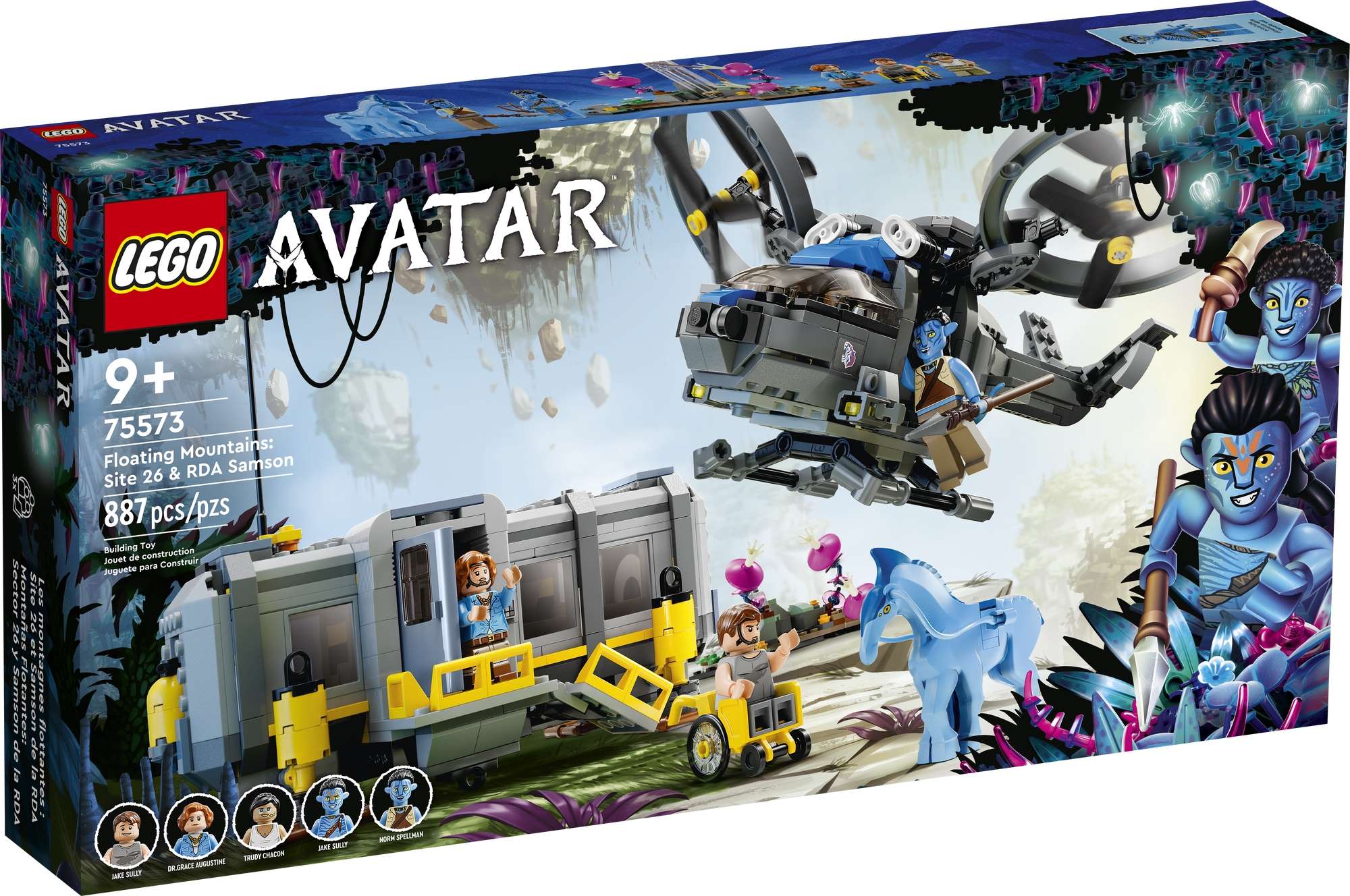 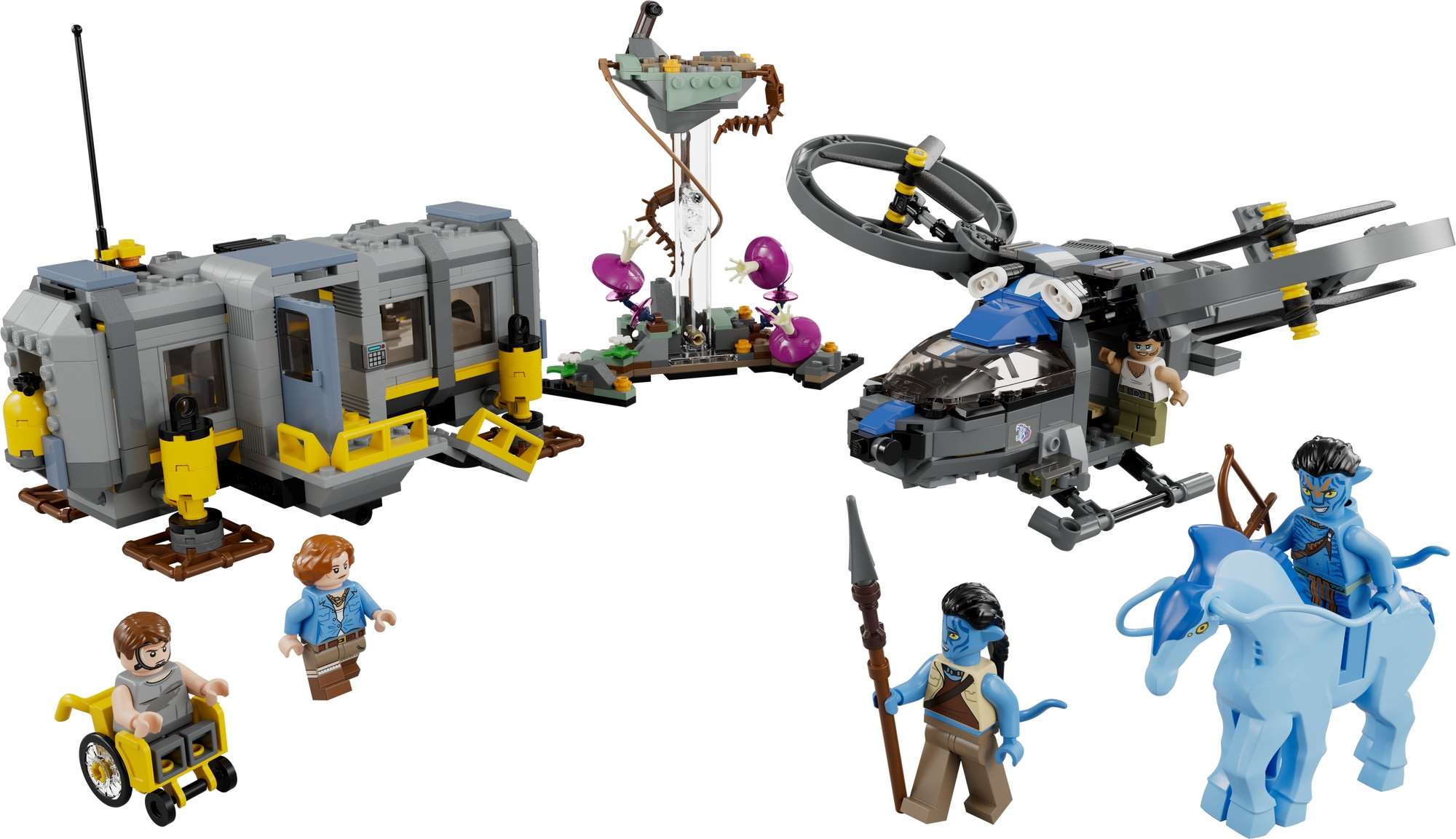 The research station has a removable roof, inside there is space for a capsule that Jake can use to slip into his avatar. The SA-2 Samson helicopter can be presented on the floating rock. 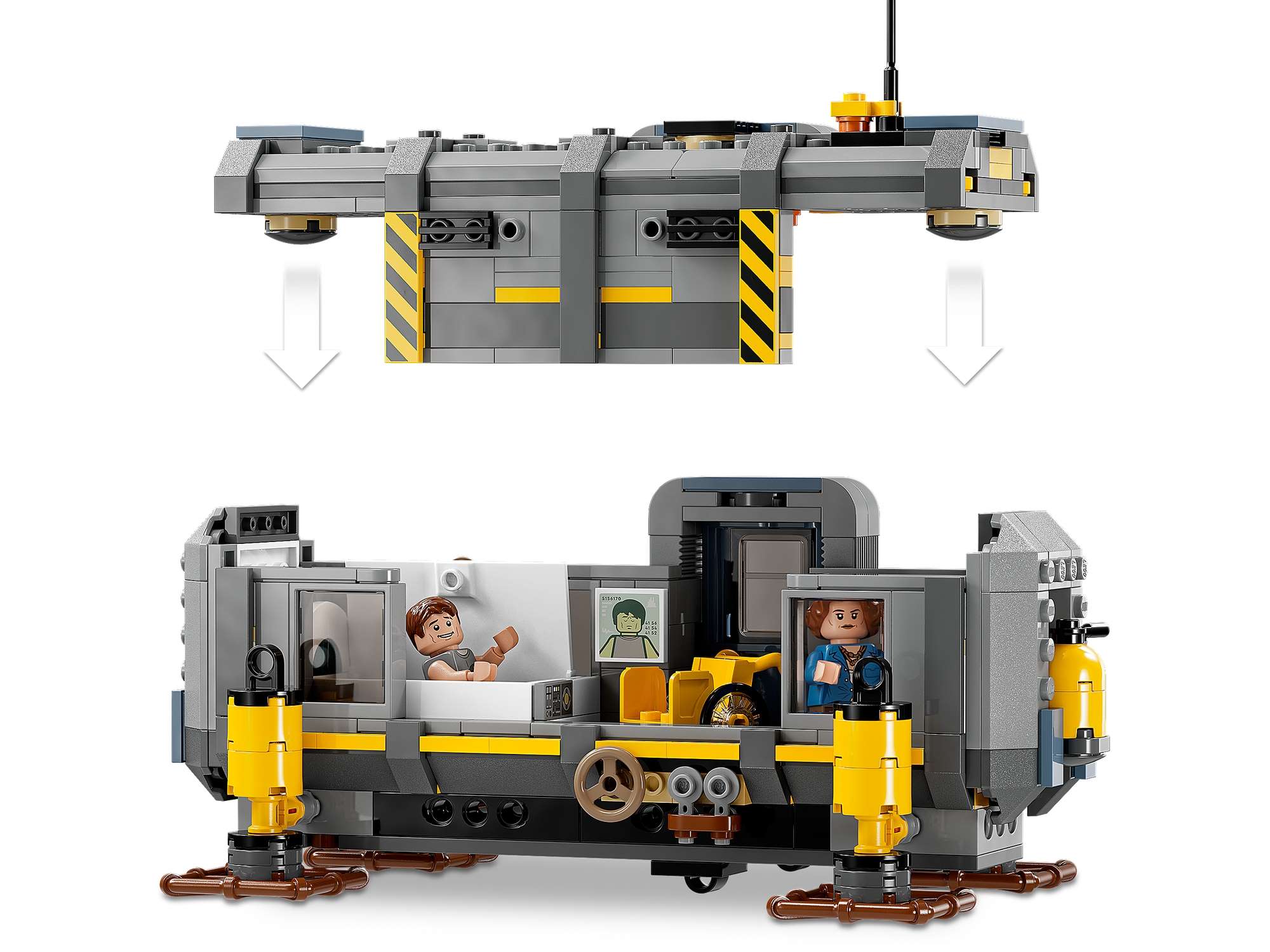 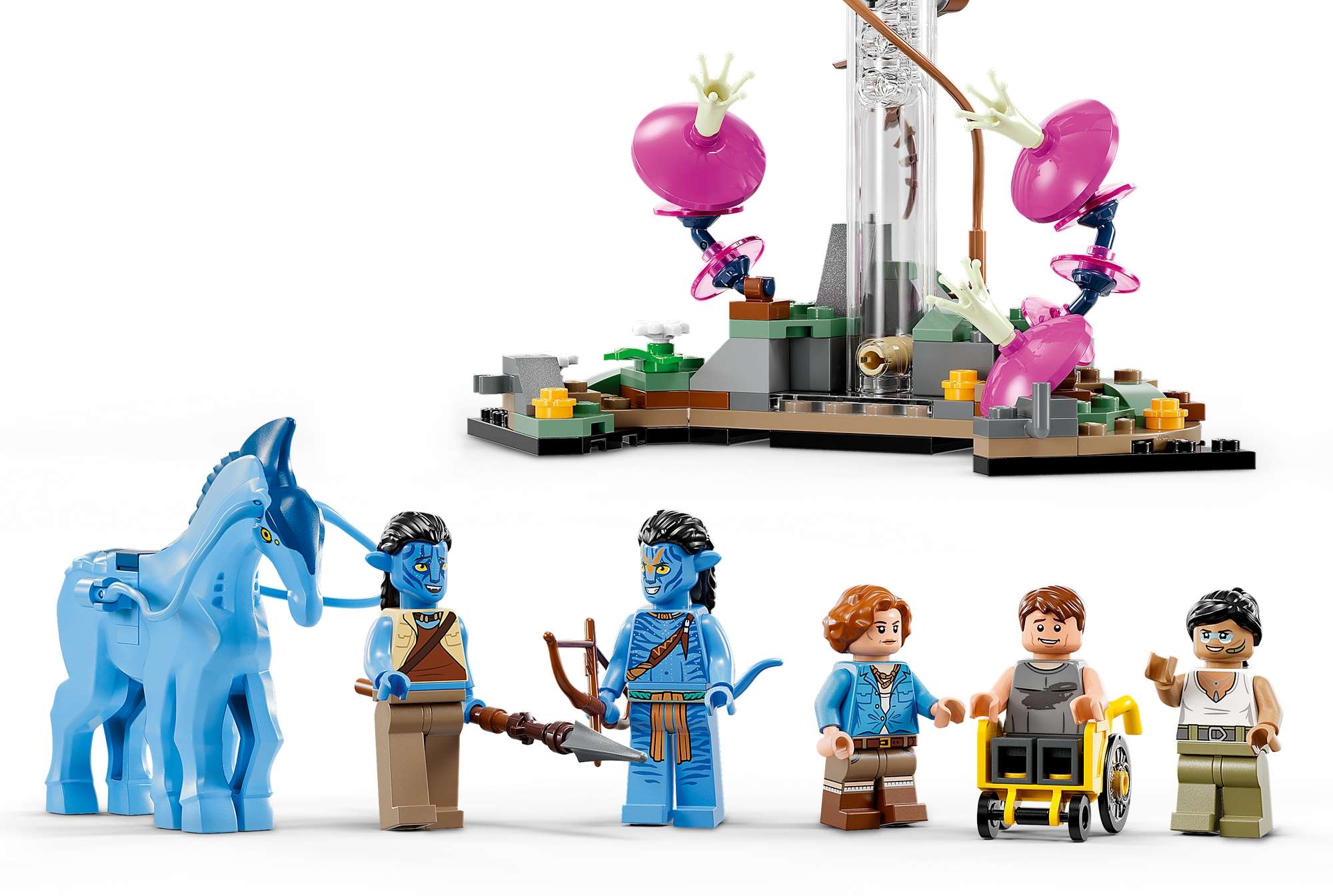 LEGO 75574 Toruk Makto and the Tree of Souls

The tree of souls is with 1212 parts the largest set of the LEGO Avatar Wave and costs 149.99 euros. In addition to the tree and other Pandora landscapes, there is also the Toruk, the big red flying creature, which Jake tames. total are 4 Na’vi minifigures by Jake Sully, Neytiri, Mo’at and Tsu’Tey. Since LEGO had already shown the set at LEGO CON, we have already introduced you to the tree of souls in detail. 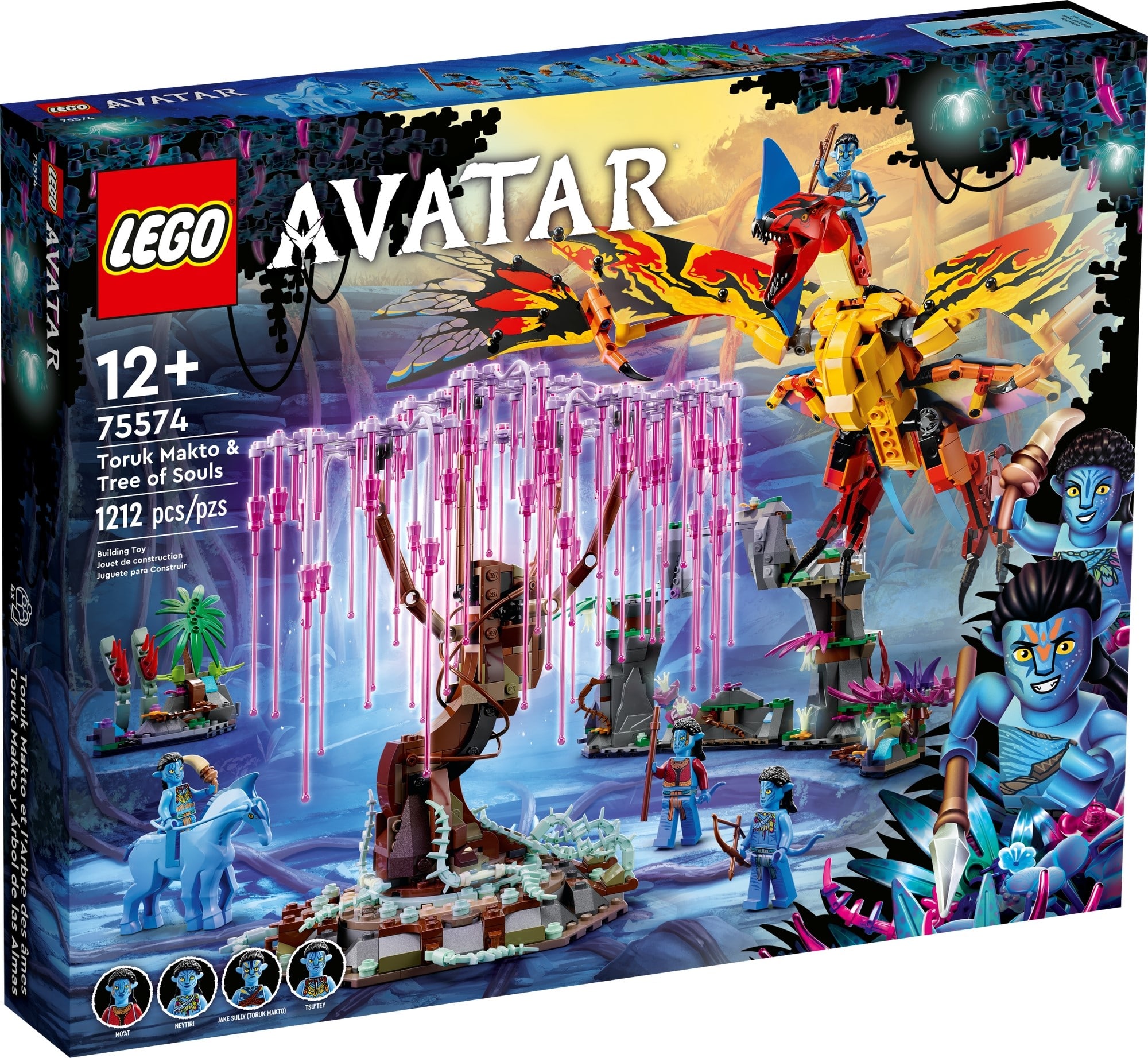 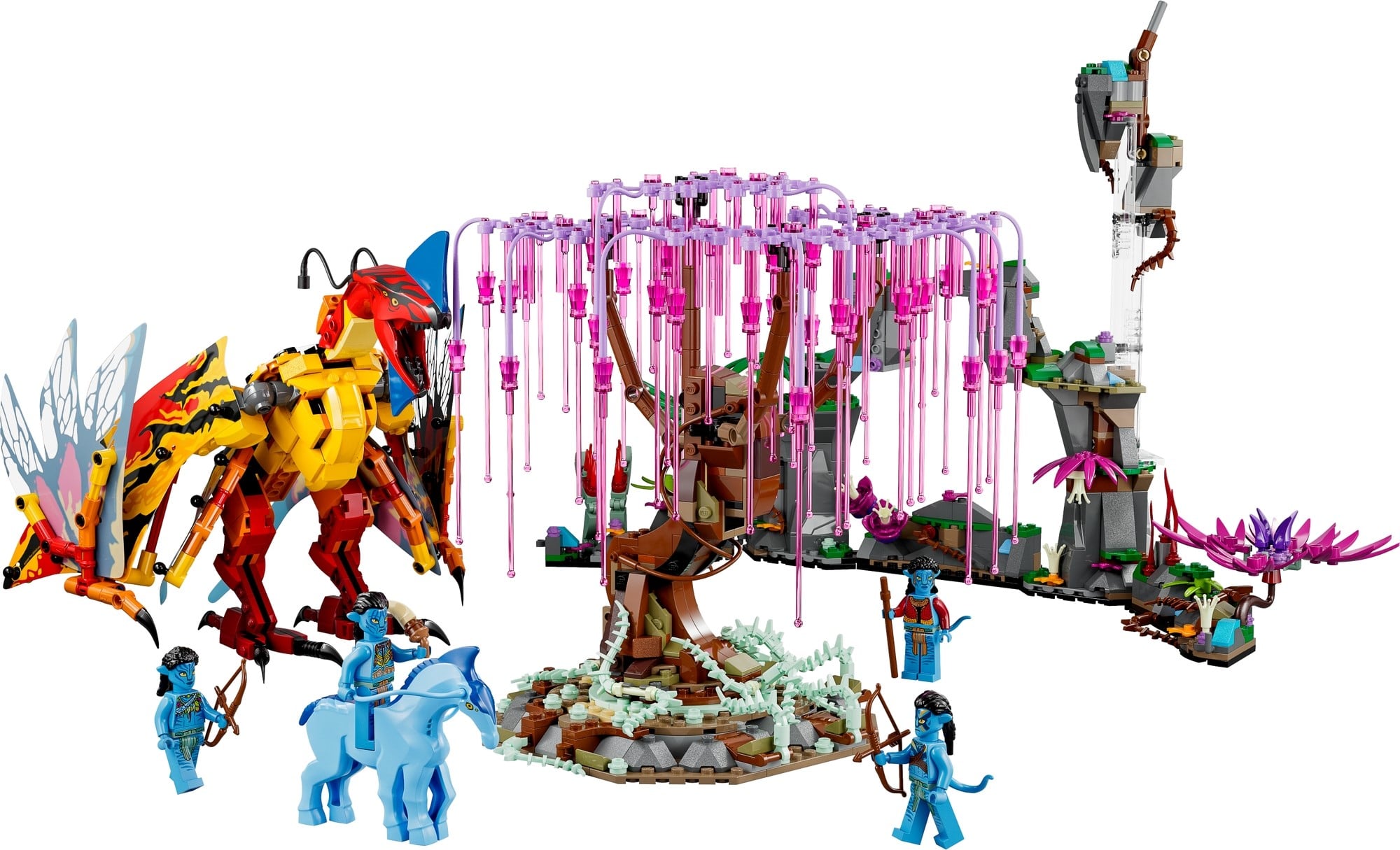 A special feature of the new LEGO avatar sets are the LEGO Na’vi minifigures, which differ from ordinary minifigures. They have longer legs and arms to represent the size difference between humans and Na’vi. In addition, new heads are used, which have pointed ears and a more pronounced chin than we know from the normal minifigure heads. The hairpieces also offer the special feature of the braid Tsaheyluthe bond that allows the Na’vi to bond with their mounts. 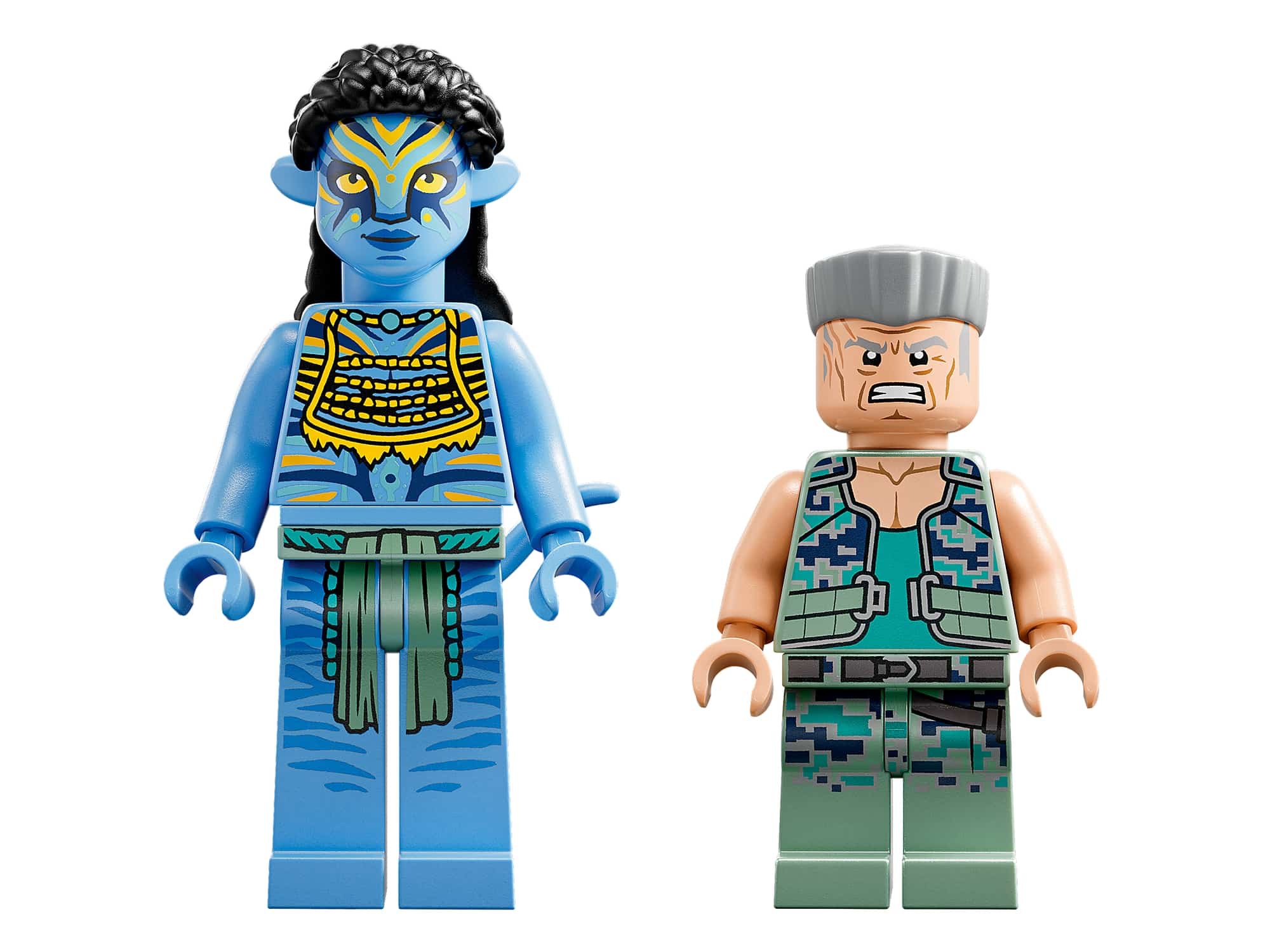 We have summarized all LEGO Avatar Playsets 2022 for you here with the most important information:

What are your thoughts on the LEGO Avatar now that all the sets are revealed? Are you looking forward to the new theme world with the special minifigures and do you like the different mounts from Pandora? What do our BrickHeadz collectors think of the new wheelchair twin pack? Write us your opinion in the comments!