Noble design, lots of innovations, high-quality materials and always a bit against the competition: what is reminiscent of Apple here and there describes a high-end hi-fi specialist from our neighboring country France. We’re talking about Devialet, who appeared out of nowhere around 12 years ago with a high-end amplifier and have been driving long-established premium brands with their phantom loudspeakers for the past few years. Now the French are launching a soundbar that requires a certain amount of change.

The sound bar is called Dione and is equipped with all sorts of technical finesse. In order to meet its own sound requirements, the manufacturer installed a whopping 17 drivers, 8 of which are subwoofers. This should ensure an immersive 5.1.2 sound experience. So that languages ​​and details don’t get lost, a separate tweeter is installed outside in the middle of the soundbar, which can be rotated. The soundbar can either be mounted on the wall or placed on a TV board. 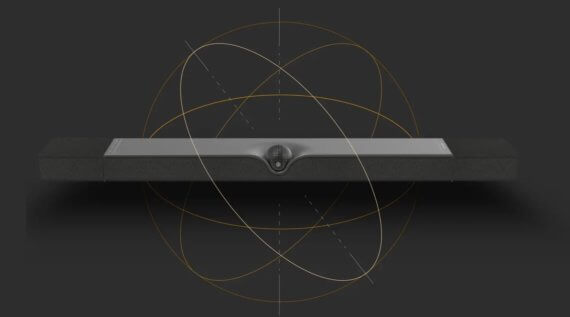 Devialet Adaptive Volume Level Technology (AVL™) is the Devialet Dione’s dynamic equalizer. It balances the sound level in real time depending on the content to make watching even better. Dialogues should not be lost in powerful action scenes with explosions – that’s the manufacturer’s promise.

At the height of the time

In terms of equipment, the Devialet Dione is definitely up to date. Thanks to HDMI 2.1, Dolby Atmos is supported, although the manufacturer is doing this separately again. It says on the website as follows:

The soundbar is controlled via an app, and the Dione can also be used to stream music. Thanks to WiFi, Spotify Connect and AirPlay 2 are available, and other services such as Tidal and Co can be integrated natively via the app. Bluetooth 5.0 is also on board. Last but not least, Devialet also installs a Toslink in the Dione. 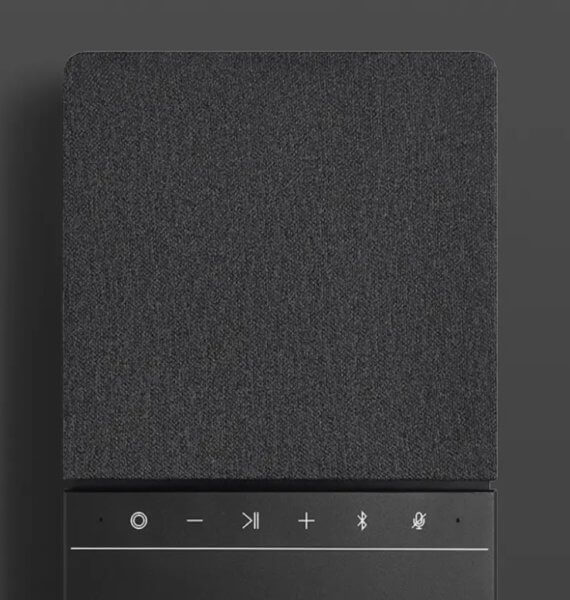 Manufacturer’s own multi-rooming is not possible, but that’s not a problem. As already mentioned, AirPlay 2 is installed. Other speakers such as a HomePod can then be grouped together with the Devialet Dione. We have not yet tried whether this also applies to a separate subwoofer – given the eight built-in subwoofers, it shouldn’t be an urgent necessity.

The Devialet Dione is an exclusive piece of technology, which is also reflected in the price. A whopping €2190.00 needs to be invested if you want to hold it in your hands or put it on the wall or place it on the TV shelf. If you are not deterred by the price, you are welcome to click on the link below, which will take you directly to the manufacturer’s website.

—–
Don’t want to miss any more news? Then follow us Twitter or become a fan on Facebook. Of course, you can also download our iPhone and iPad app with push notifications here for free.

Or do you want to discuss the latest products with like-minded people? Then visit our forum!

What is a 500 Internal Server Error? Troubleshooting