While the breathtaking landscapes of the Forbidden West may depict a post-post-apocalyptic North America, Horizon’s world is created in a studio in the heart of Amsterdam. At Guerrilla, we’re always happy to showcase our Dutch roots to our international community. So when the opportunity to work with the Rijksmuseum presented itself, we had to take it.

The Rijksmuseum is the national art and history museum of the Netherlands. Its collection includes the famous works of Dutch masters such as Rembrandt and Vermeer. In collaboration with the museum’s experts, a handful of these artworks have been selected to be displayed at a pivotal moment in the history of Horizon Forbidden West.

The result is an intimate experience that not only points to the importance of preserving cultural artifacts, but also shows how art helps us process emotions and connect with one another.

Spoiler Alert: This section contains some high profile spoilers for the story of Horizon Forbidden West

“Don’t be so quick to discard the solace we can find in art. Or the insight we might gain.” These are the words of Tilda van der Meer, a major new character in Horizon Forbidden West. She was always meant to be an immortal space traveler, returning to earth after a thousand-year absence. However, following a meeting with the Rijksmuseum in 2019, Guerrilla’s storytelling team reimagined the character as a Dutch technologist, authentication expert, and art collector struggling to preserve elements of the museum’s collection from the ravages of time.

When the Rijksmuseum saw Tilda’s new biography, curatorial assistant Denise Campbell and her team were inspired to select ten perfect pieces for the game’s collection, each one reflecting Tilda’s personality.

Guerrilla then worked to create an in-game space to showcase these works that had been preserved for a millennium: the vault in Tilda’s mansion. When Aloy first enters, she is mesmerized by the magnificent works prominently displayed on the tall concrete walls and plinths. In this atmospheric space, Aloy – and the player – can linger as long as they like and discuss the pieces with Tilda about Aloy’s focus. Ultimately, this creates a bond between the two characters, beautifully played by Ashly Burch and Carrie-Anne Moss, which is manifested in their mutual admiration and interpretation of Tilda’s collection. 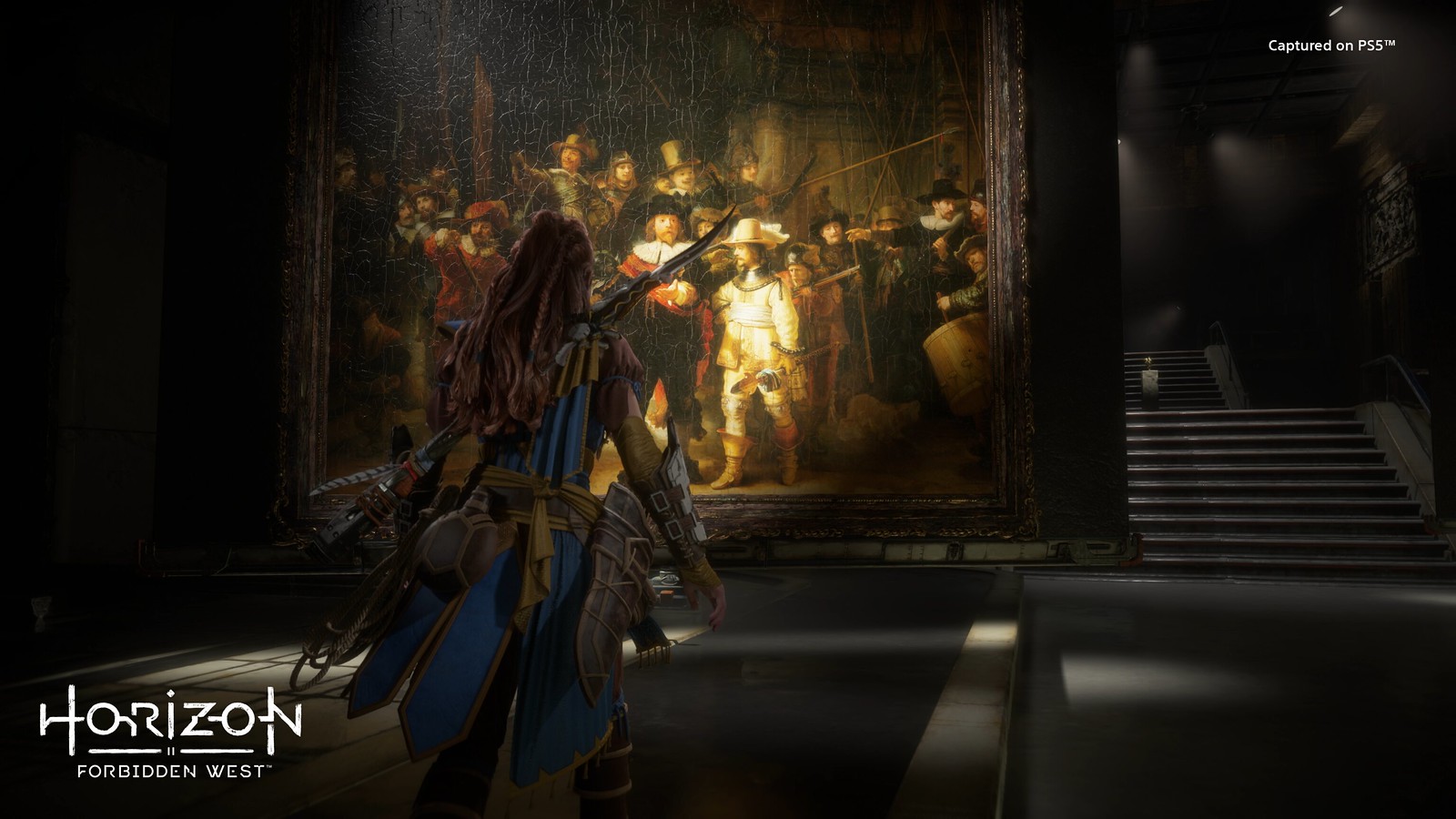 The Rijksmuseum has been a phenomenal partner over the past few years, from curating the selection to today. They cordially invite Horizon Forbidden West fans and art admirers to join the Aloy Tour anytime and see the magnificent collection up close as it is displayed in the historic museum halls. The ten selected works are:

If you would like to learn more about how we created Tilda’s Vault and chose which significant artworks were featured in the game, please watch the video below:

Morbius has a rating of just 20 percent on Rotten Tomatoes