Hundreds of companies showcased at Y Combinator’s Winter 2022 Demo Day, and I checked out pretty much all of their logos. There’s a lot of solid ones, a few rockers and a handful of really nice ones. Here is a list of the latter for your pleasure and edification.

I didn’t put these in any order – in fact, when I sent the pictures in the post, the order they appeared in came as a complete surprise. Let’s go!

Circular: With a shape given right there in the company name, you’d think it would come full circle, so to speak, but this spiral thing is a much better choice in my opinion. The company recycles if I remember correctly, so the idea of ​​a more complex loop and connecting one end to another is appropriate. Not only that, but this way you hide a C in it. The color cranberry (mulberry?) is also a good choice. Wait… I just noticed that the Life360 logo is rotated about 40 degrees. Well, there doesn’t seem to be anything new under the sun, and frankly, this one is better. Admittedly not the best place to start the list, but I didn’t choose the order. 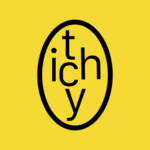 Itchy: I like this particular arrangement of the letters in a kind of sticker format, but elsewhere they make the type different. But everywhere is the idea of ​​a bit of a mess and uneasiness, which of course the name also suggests. Since they make a cream for irritated skin, it’s an open acknowledgment of the problem and refuses to dance it around with a medical or desirable name. Unusual but potentially smart brand choice for a skin care company.

defender of reality: There were a few fingerprint or biometric logos in this batch, but this is the best. It shows identity, imitation and protection at the same time and leaves the concrete interpretation to the viewer. I have to hand it over to the artist who picked the right “quadrant” of a fingerprint to be able to suggest facial features without looking too weird. Also, it “walks” from left to right, which helps him track it.

stall wins: That’s a great logo. Aligning the letter cuts in equal measure ensures a cohesive look, but they haven’t taken it too far, leaving the descender of the G and various other tails natural. It’s also a good font for a logo of this size, where you can see the unusual styling of the curves on the letters. From afar it just looks bouncy but a bit sharp and after just a few seconds you have something really recognizable.

Plover parameters: Putting an animal in the logo is always a risk as it can easily be too cute or too detailed and draw too much attention. Plover gets it spot on with a little bird that’s not only well drawn and recognizable as a shorebird with its little legs, but also forms the P’s trunk and defines its negative space without interfering. I doubt it’s the first bird-based P logo, but this is a nice one. I wonder if they should have aligned the tail horizontally with the horizontal from the bottom of the P curve…near. It would make the bird too flat. 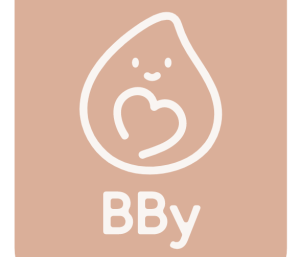 BBy: This soft, cute droplet simultaneously suggests motherhood, baby time, nurturing and fluidity; quite an achievement. The color I envision is meant to suggest skin, and it does to a certain extent, but you always have to be careful with that as using one skin tone excludes others.

vance: This is a simple one, but a V works best for directional logos – in this case, up and right, suggesting wins, while the green suggests go, money, and all those positive things. The thick, ribbon-like V slash is also different enough from the thin V in a way that it doesn’t seem superfluous. However, I would choose a more geometric font. (And once you see the mint liquorice candy corn logo, you can’t help but notice it. Sorry!)

nimbus: Stacking and gradients were common in this stack, and Nimbus was my favorite of them. The cloud symbol is incredibly common these days and has its own connotations, but the proportions of this particular stack and gradient with the heavy linework make it seem more substantial and cohesive. The type is also good, reflecting the lines of the logo, and also making the whole thing soft and fluffy. You know… like a cloud. But you already have, because it’s a good logo!

cable: First of all, love the guy. And it was the right decision (if it was one) to join the K and A (and what an A!) and control white space. The bouncy or sweeping bands/chevrons are interesting and form a nice K shape, although it’s a bit busy. I’m wondering if it could be simplified or condensed a bit to make it seem less convoluted.

Enlightra: This is where form meets function. I’m not in love with the guy, but I think the logo means a lot knowing that the company does laser-based data transfer. The peak is straight out of a spectrogram and the waves coming out of it are like Wi-Fi, so it’s a frequency that’s sending data… all wrapped up in a nice little circle. That’s clever, although it helps to understand what they’re doing first. 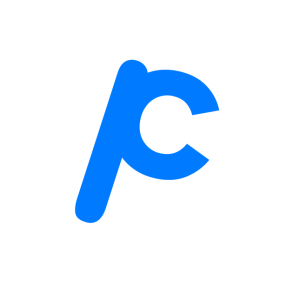 Paycrunch: I’m not entirely keen on this one, but this is a logo that will be instantly recognizable from a distance once the app starts. In a way, it’s just an odd F… but the slant helps your mind see it differently. Sometimes when you have that two-letter synthesis option, you just have to settle and hope the simplicity pays off.

Forest: I just like the proportions on this one. I’m not sure if it even suggests a forest, but it does make houses and clouds, which gets to the point anyway. The house position and door are very slightly off-center, which combined with the smallest circle, emphasizes perspective while remaining completely flat. Details are important!

spinach: The color choices here are great, and these shapes all stand out, although each has a muted hue to its sibling. The S is elegantly and creatively suggested and alongside the name, the viewer is also reminded of leaves and fruit, food portions and servings (a head of lettuce cut in half and two tangerines… see?). I don’t remember what this company does, but it’s probably on purpose. (It’s actually about remote meetings, so…unsafe.)

There you have it! Pretty good logos, right? You can check out our more comprehensive coverage of the companies in this stack here.

Microsoft is making a massive Android move to challenge Apple

Is NASA on the verge of sending new missions to Uranus and its oceanic moons? A rare launch window beckons, but time is of the essence