What it means for a pandemic like Covid to become ‘endemic’

For months, some American and European leaders have been predicting the coronavirus pandemic would be soon endemic. Covid-19 would dissolve into a disease that we learn to live with. According to several governors, it has almost.

But we are still in the acute phase of the pandemic and what the endemic Covid might look like remains a mystery. Endemic diseases can take many forms, and we don’t yet know where this two-year-old disease will fall under them. 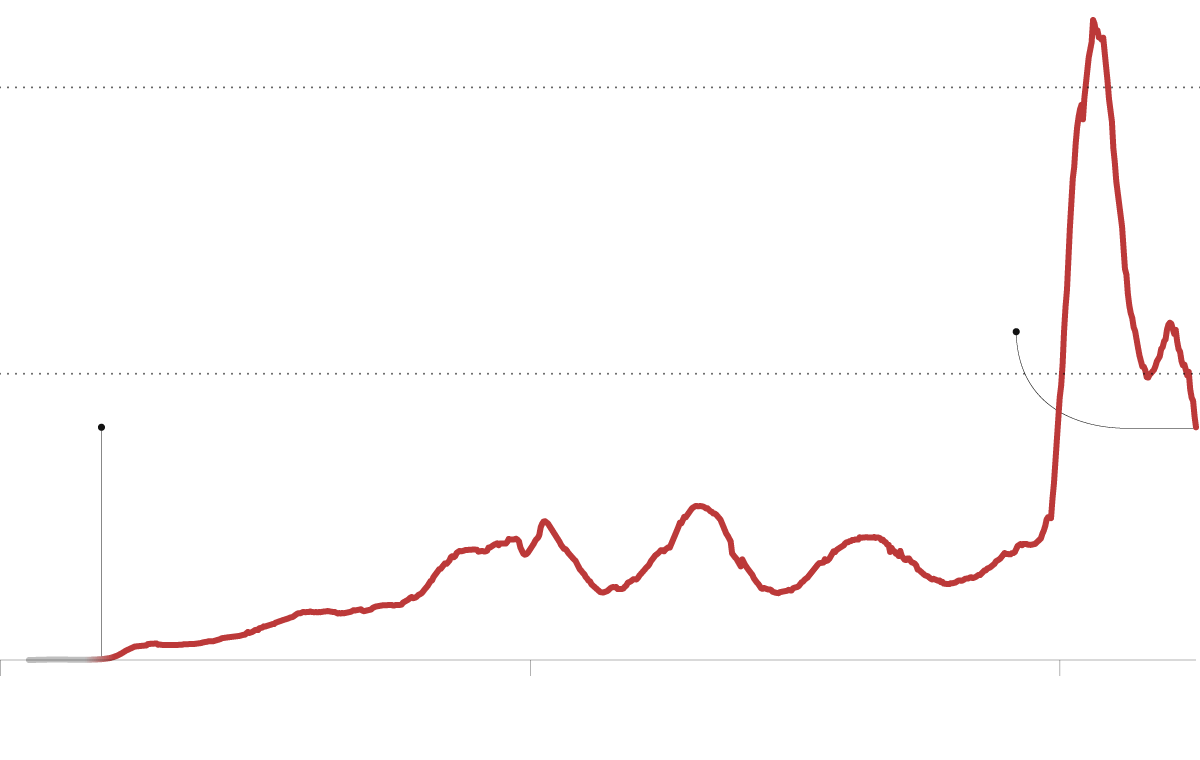 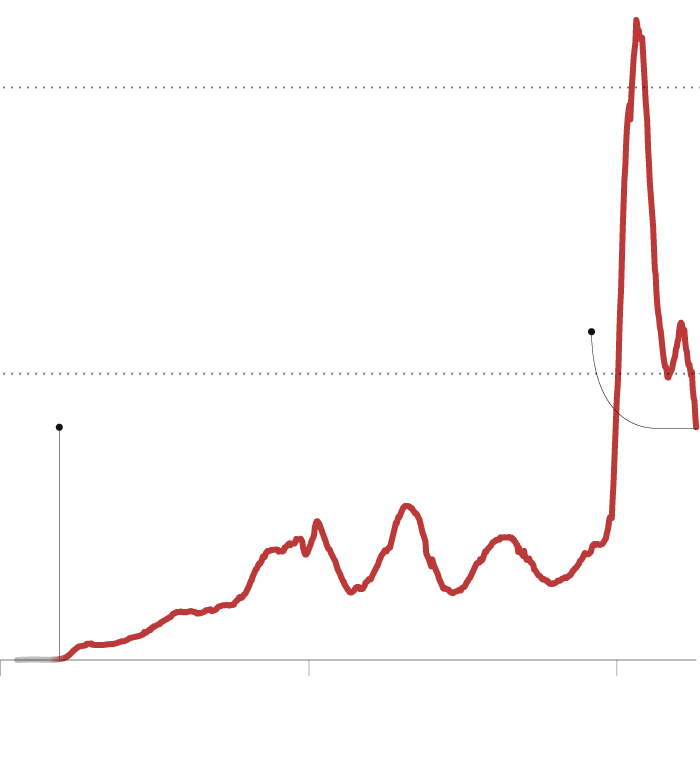 The WHO explains Covid-19

Note: Data as of April 5th. The chart shows the 7-day moving average.

Basically, an endemic disease is one with a constant, predictable, or expected presence. It’s a disease that persists. Beyond that, there is no fixed definition.

Endemic diseases infect millions of people around the world every year, and some endemic diseases kill hundreds of thousands. We can treat some and vaccinate against them. However, they can also cause unexpected outbreaks and significant suffering.

Interviews with two dozen scientists, public health experts and medical historians suggest the rush to recast Covid as endemic may be missing the point.

“There has been a political rephrasing of the idea of ​​endemic as something that is harmless or normal,” said Lukas Engelmann, a historian of medicine and epidemiology at the University of Edinburgh. But epidemiologists use endemic to mean something we should monitor carefully, he said, because an endemic disease can become an epidemic again.

Endemic diseases can be mild or deadly

When people think of endemic diseases, they often think of the common cold. Upper respiratory infections, including the common cold, are estimated to infect billions of people worldwide each year but kill several thousand. Other endemic diseases can be much more deadly. Malaria killed more than 600,000 people worldwide in 2019 and flu more than 200,000, although estimates suggest that toll could be much higher.

Endemic diseases are not without suffering 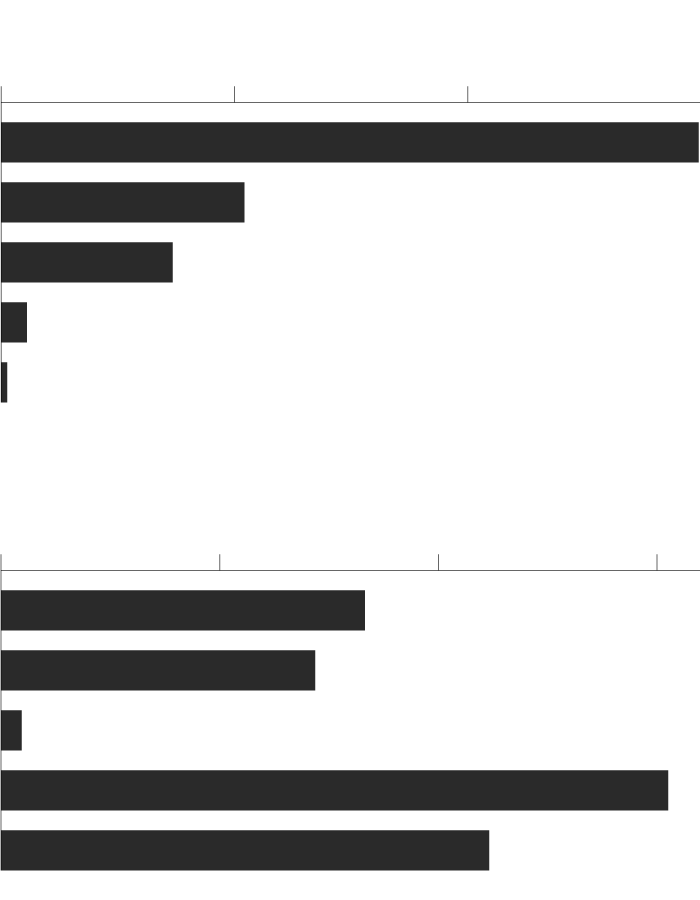 Many scientists predict that endemic Covid could have a similar burden to other respiratory viruses.

“It won’t be deadlier than seasonal flu or milder than any of the common cold viruses,” said Lone Simonsen, director of the PandemiX Center at Roskilde University in Denmark.

“The reason for this is that we have a lot of immunity and we always get a boost from the infections that we come across,” she said.

Some scientists warn that immune protection from vaccines and infections may decline over time, and future variants may circumvent these defenses. And mutations are random, so there’s always a chance that a variant will appear in the future that causes a more serious disease.

Endemic diseases can have epidemic periods

The common cold and flu are common endemic diseases that exist year-round, but their magnitude is not constant. Instead, they cause seasonal epidemicswhere infections rise above baseline endemic Plains, often in winter when people congregate indoors. 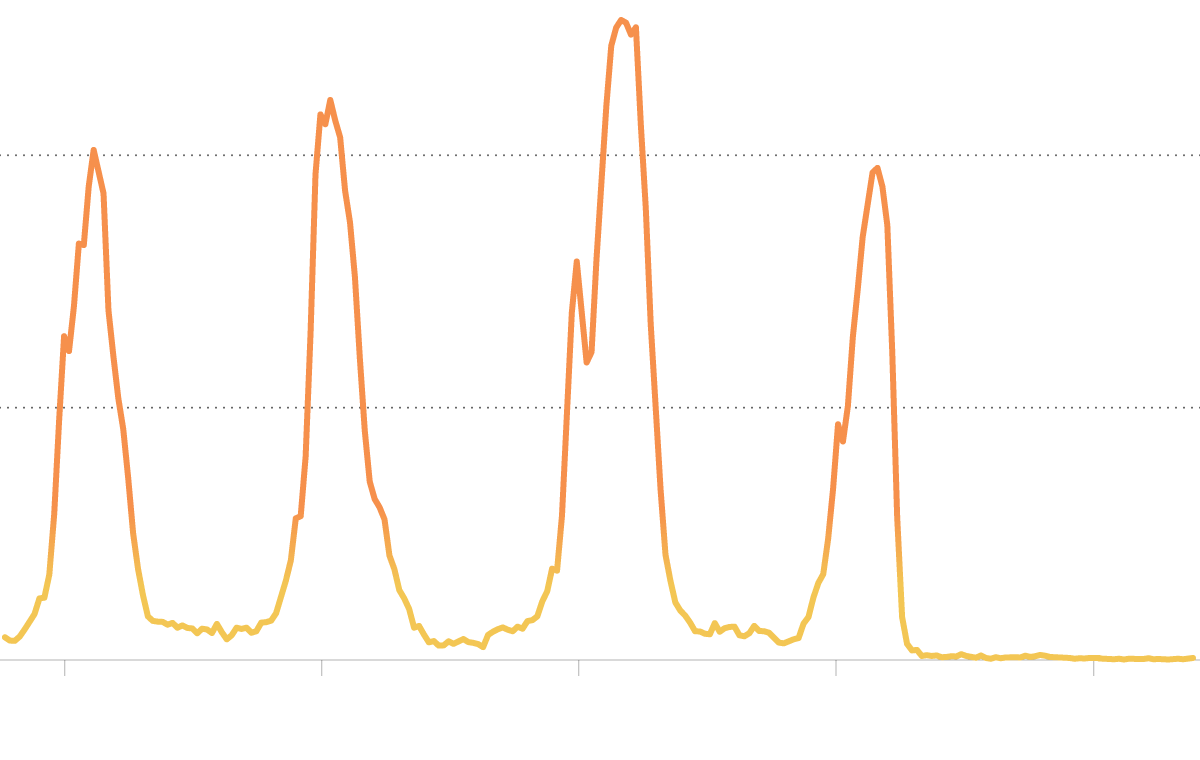 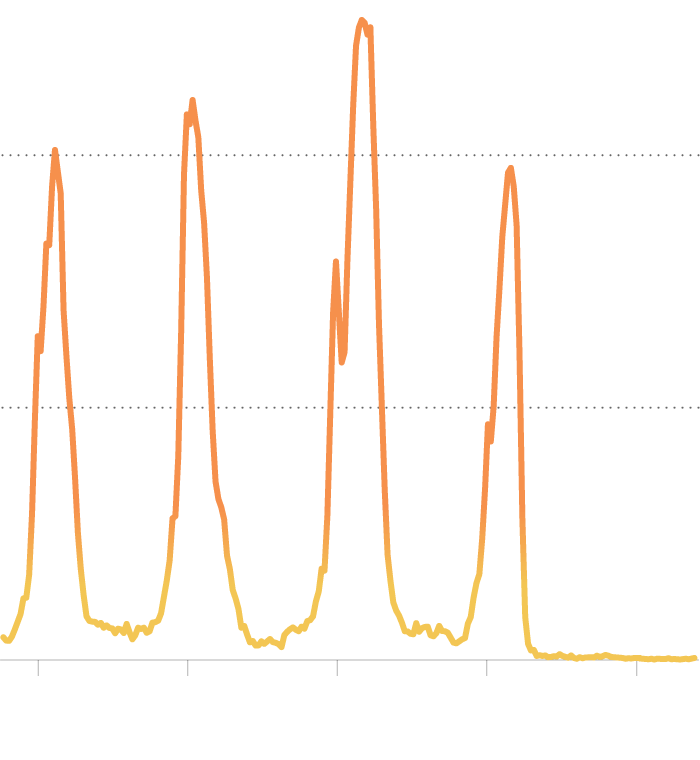 These patterns are predictable, but people can change them: the control measures taken to mitigate the Covid pandemic have also dampened waves of flu and colds in recent years.

Scientists say endemic Covid could be seasonal, but there could also be erratic and significant epidemic waves.

“Covid is much, much more transmissible than the flu,” said Jeffrey Shaman, an infectious disease modeler at Columbia University. “Only a small portion of the population needs to be susceptible to an outbreak, and that can happen at any time of the year.”

The burden of endemic diseases is unequal

One community’s experience of endemic disease can vary greatly from another, often depending on who gets sick and whether they have access to testing, treatment and health care.

HIV, which has existed worldwide for more than 40 years, is one example, although scientists and public health workers use both “epidemic” and “endemic” to describe the virus.

“A definition of endemic is defined by geographic location,” said Dr. Diane Havlir, an infectious disease specialist and professor of medicine at the University of California, San Francisco. “Through this lens, HIV is endemic in the United States, where approximately 1.2 million people live with HIV.”

“But HIV is an epidemic in subpopulations in the US,” she added.

Estimated HIV incidence in the United States by race and ethnicity 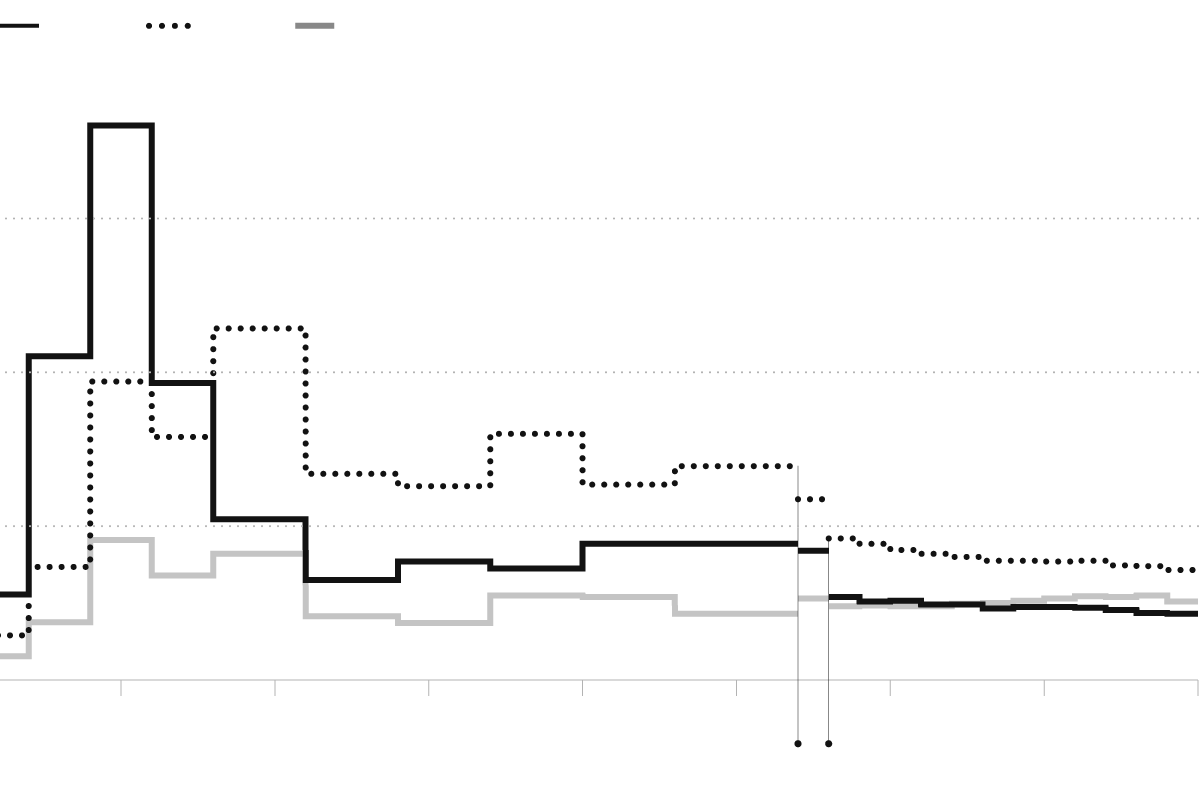 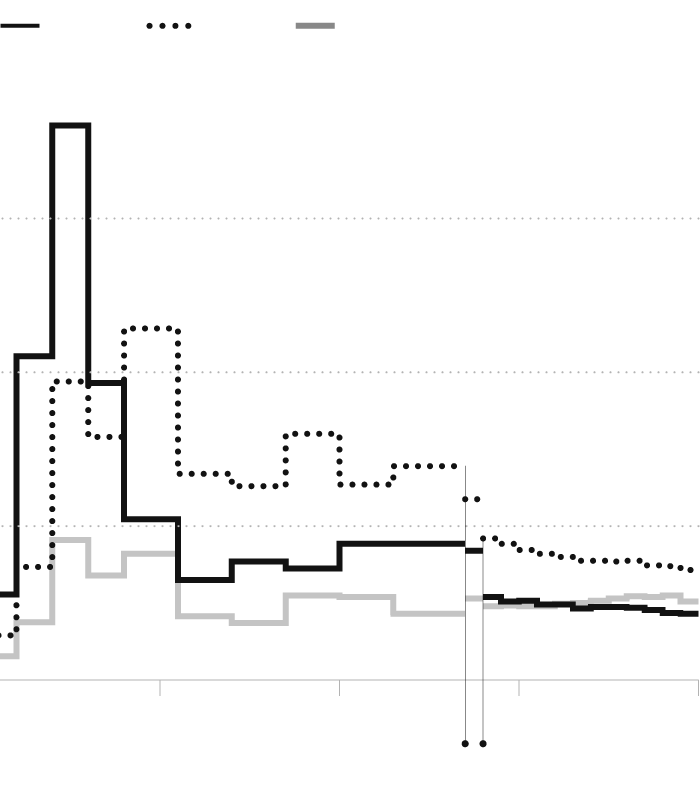 “Disease differences increase over time if not addressed from the start,” she said. “And that begs the question: are we addressing these differences with Covid, or are we on the same path?”

With a third of the world’s population unvaccinated against Covid and life-saving treatments not available to all, the burden of the virus is likely to remain unequal, experts say, even if parts of the world decide its levels are endemic.

Endemic disease is all about control

Among the many forms that endemic diseases can take, one thing is clear: endemic does not mean the end of the disease.

Instead, it means living with, and often dealing with, a disease that has not been or cannot be eradicated. Health experts say countries need to take control measures like testing, treatment and vaccination to keep endemic diseases at bay.

Countries with endemic malaria are striving to eradicate the mosquito-borne disease and rely on interventions such as insecticides and preventive treatments to reduce its incidence. These control measures can drastically alter the course of endemic malaria, as they did in South Africa.

Report of new cases of malaria in KwaZulu-Natal, South Africa 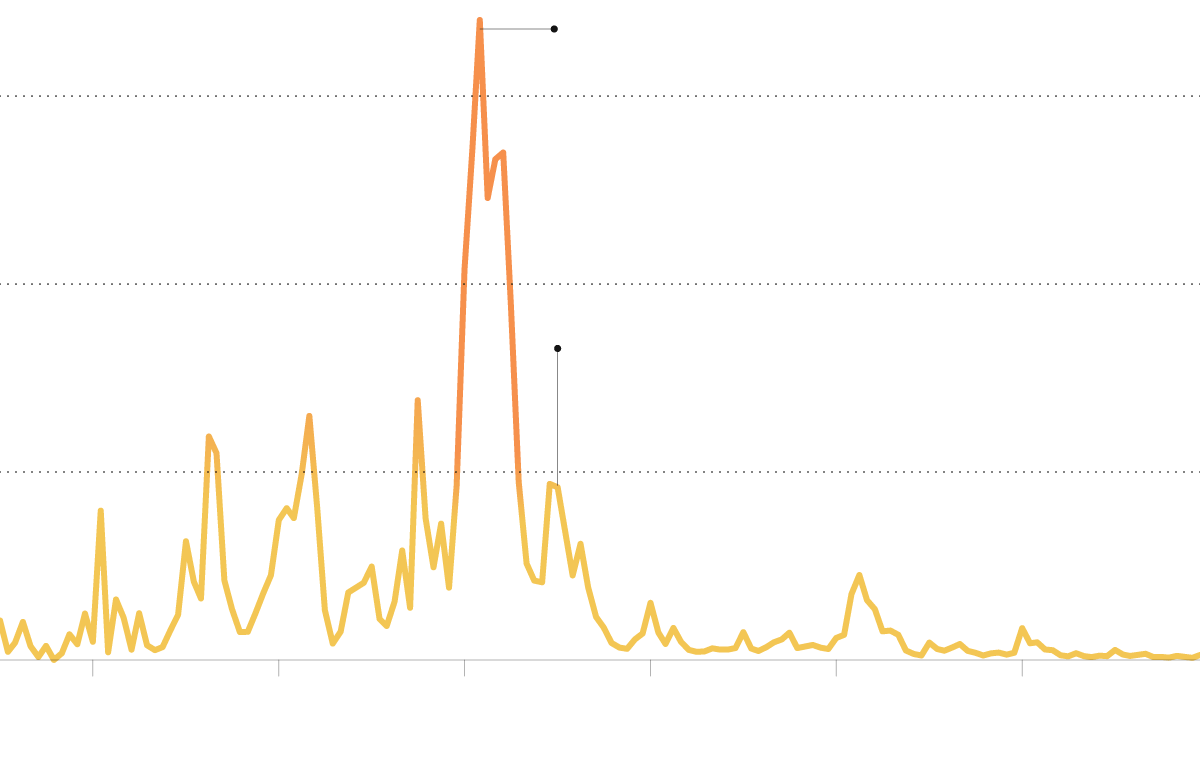 The use of DDT will continue 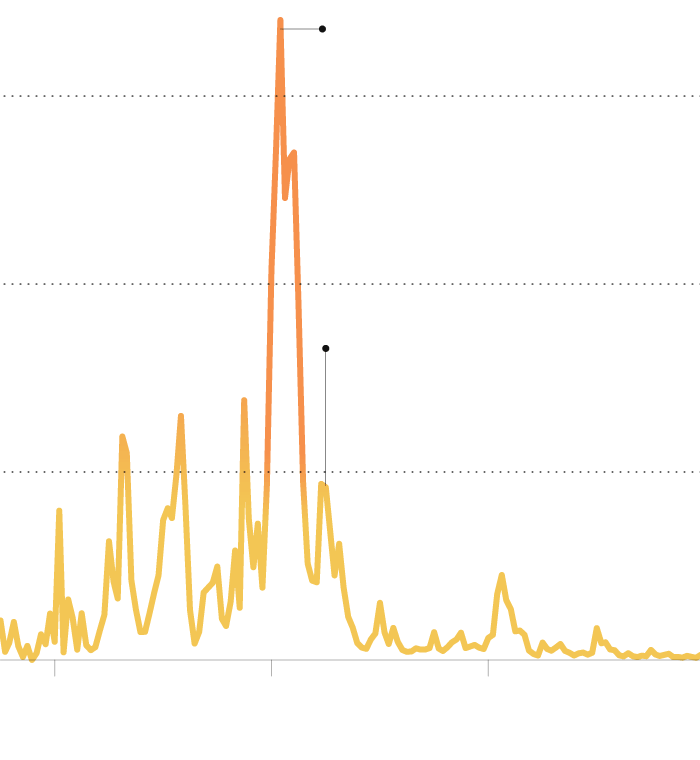 The use of DDT will continue

In addition to environmental controls, immunization programs can reduce cases and deaths. But when communities don’t follow vaccination recommendations, outbreaks can occur.

Measles, for example, remained endemic in the United States 40 years after vaccines were introduced. During this time, unvaccinated people remained vulnerable, leading to occasional outbreaks. In 2019, two decades after the disease was declared eradicated in the United States, multiple outbreaks, many linked to unvaccinated travelers, infected more than a thousand people.

Outbreaks can occur even when a disease has reached endemic proportions

New measles cases reported in the US 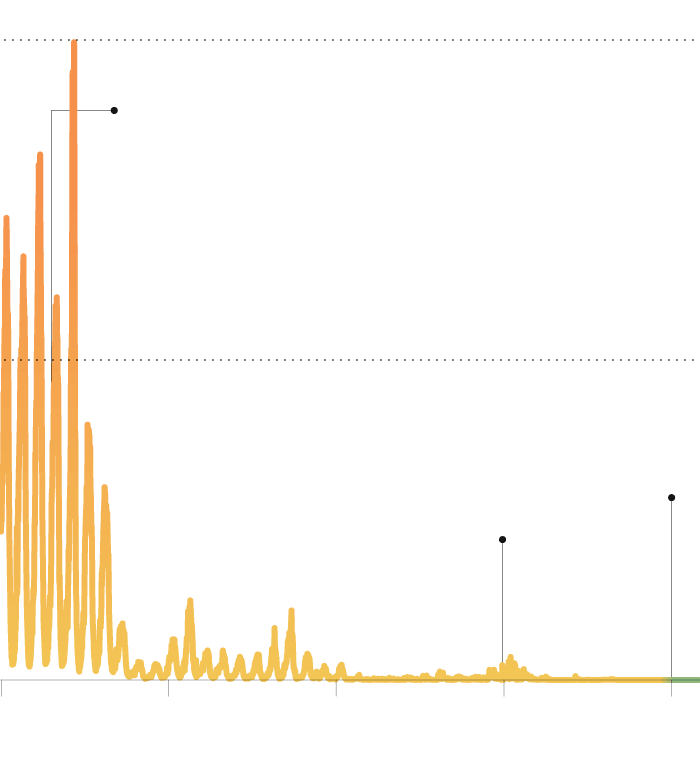 Unlike malaria or measles, public health experts say Covid cannot be eradicated, so control measures will help determine the size and trajectory of future waves. (We’ve only eradicated one human disease: smallpox, which behaved very differently from Covid.)

Keeping up with Covid means focusing on vaccinating, treating and updating vaccines, said Dr. Monica Gandhi, an infectious disease specialist and professor of medicine at the University of California, San Francisco. “It will require constant vigilance to maintain it — not to eradicate it, which is what people want — but to keep it under control.”

When will we know what the endemic phase of Covid looks like?

Probably not for a while. Scientists usually determine the endemic pattern of a disease after observing it for many years.

Pandemics can take years to settle, and the fallout from a widespread disease can linger long after new infections have subsided.

Much of what we know about the transition from pandemics comes from influenza — humans have experienced four influenza pandemics in the past 100 years. The 1918-19 pandemic, which killed more than 50 million people worldwide, dwarfs them all.

Pandemics take time to resolve and can return 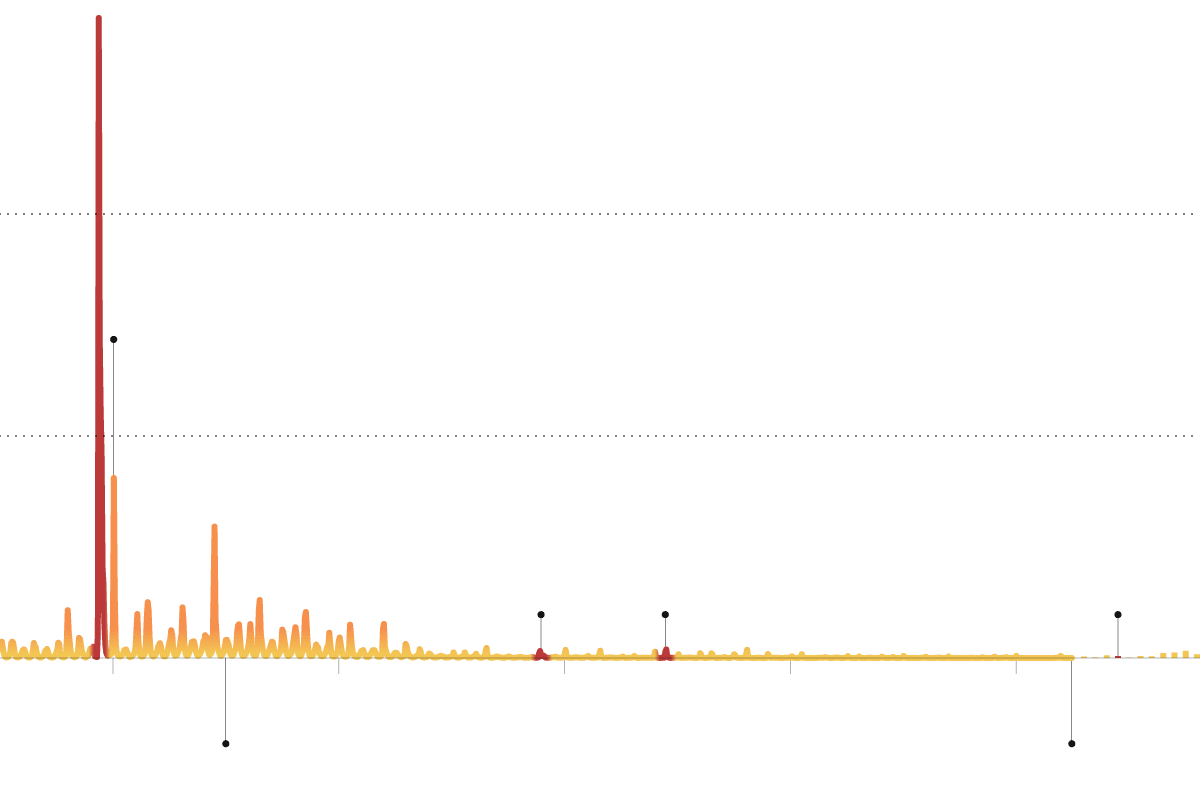 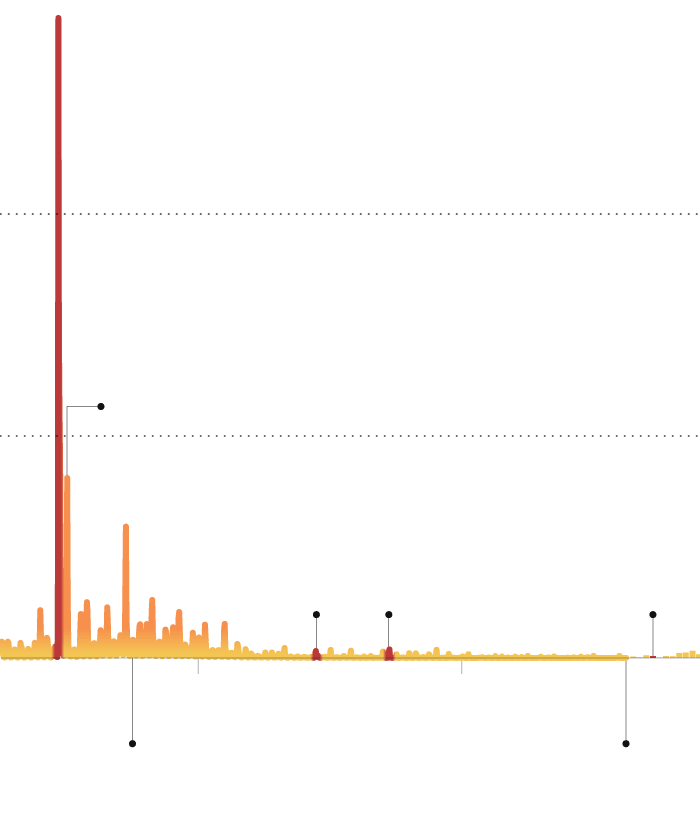 Note: Data prior to 1930 used different diagnostic criteria that are inconsistent with later reporting methods. Data after 2004 are shown as annual values, data from 2004 onwards as monthly values.

The 1918 flu pandemic took three years to settle into a more regular pattern, and the United States had a significant 1920 wave that killed more people in some cities than previous waves. In the years that followed, some seasonal outbreaks were larger than others.

The assumption about the Covid endemic period is that it will be markedly different from the pandemic of the past two years. But endemic Covid at worst could look like where we were.

“You can imagine a situation where Omicron-like events happen every year,” said Trevor Bedford, a virologist at the Fred Hutchinson Cancer Research Center in Seattle.

As gas prices rose, so did the hunt for electric vehicles

See how three planets, two stars and the moon share the night sky on April 9, 2022